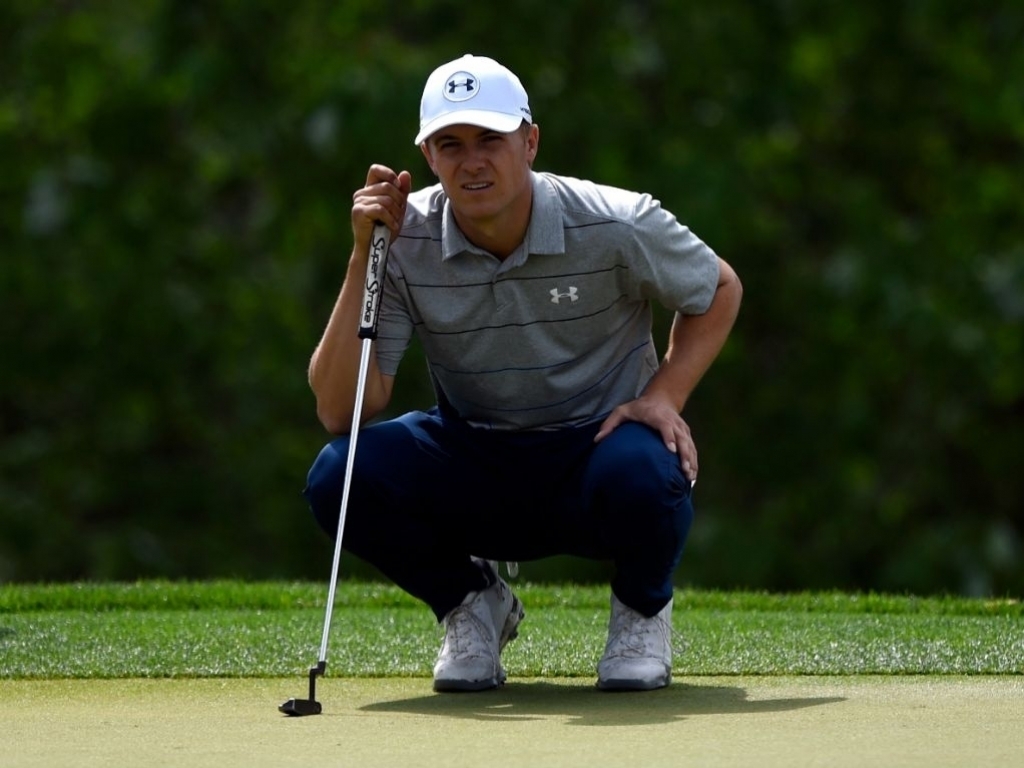 Jordan Spieth enjoyed a timely return to form at the Houston Open, as outsider Sam Ryder topped the leaderboard before play was suspended.

Spieth has endured a miserable time with form and confidence in 2018, but just a week before the Masters get underway, the 2015 Augusta champion produced his best round of the year so far.

The American shot a four under 68, including birdies on the final three holes after he had dropped shots on both the 12th and 13th.

That left Spieth four adrift of world number 321 Ryder, who was in the outright lead after 15 holes, before play was brought to a halt early because of darkness.

“I put in a lot of work the last few days and we’re starting to get something out of it,” said Spieth.

“The game feels really good right now. That four under felt more like a six under but that means good things are coming.

“It has been a testing time in terms of how I feel about myself more than anything, just my self-confidence. I’ve been putting in some good work on and off the course and I feel really good about today’s round.

“It was an exciting day for me. Sometimes you’ve just got to take one step forward to start climbing up the hill again.”

The opening round was delayed for two hours because of heavy rain, which left a number of players – including Ryder – with holes still to play.

That's FIFTY feet more than any other round for him this season.

He made SEVEN putts outside 10 feet. pic.twitter.com/GtGIMVcC23

Ryder is a shot clear of Kevin Tway and ex-US Open champion Lucas Glover, with Beau Hossler also on seven under, albeit he has two holes still to play. Rickie Fowler is among a group of five players at six under.

Phil Mickelson had threatened to join the leaders after six birdies on his front nine, but a double bogey on the 14th saw him join Spieth at four under.