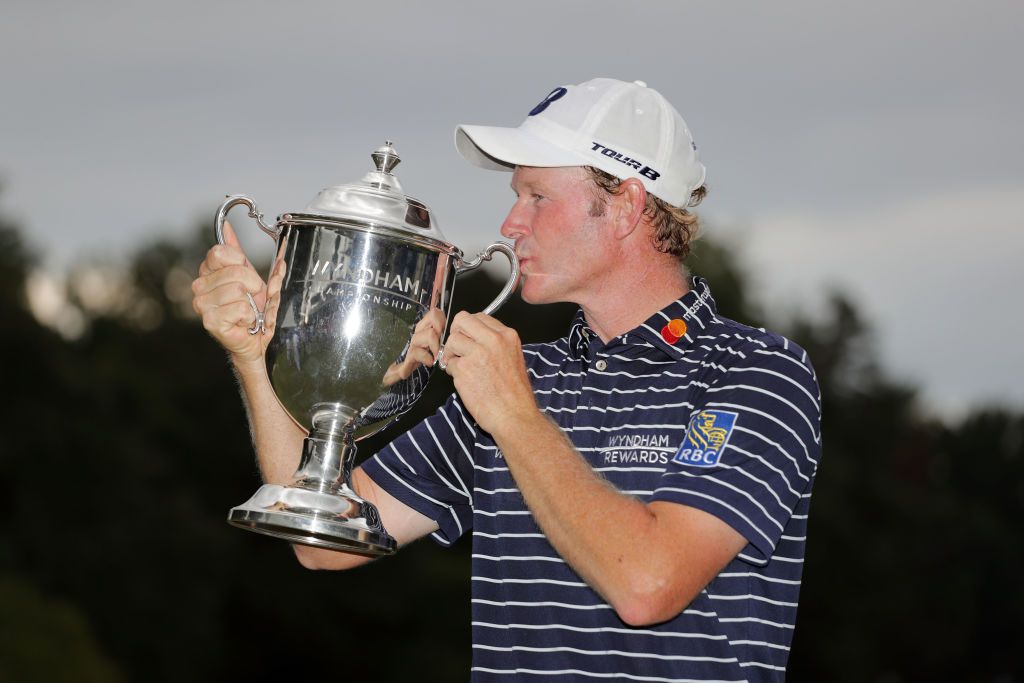 Brandt Snedeker won his ninth PGA Tour title at the Wyndham Championship on Sunday, completing a wire-to-wire win four days after his remarkable opening round 59.

Snedeker carded a 65 to complete a three-stroke victory in the final tournament of the regular season, but the margin was closer than the scores suggest as he was tied with C.T. Pan of Taiwan with one hole to play.

But a final hole birdie for Snedeker, coupled with a double bogey for Pan swung it the way of the American as he finished at 21-under par for his first win on the tour since 2016.

Pan finished with a 66 to tie for second with Webb Simpson, who shot a career-best equalling 62.

Severe weather on Saturday meant that Snedeker played 29 holes on Sunday, and he did so in five under par. He finished his third round on 16 under for a one stroke lead.

The win saw him jump 50 places on the Fed Ex Cup points list to 30th position.

While Snedeker was never in trouble of missing the Fed Ex playoffs, one player who will is Sergio Garcia.

For the first time in the history of the #FedExCup Playoffs, Sergio Garcia will not be a part of it. pic.twitter.com/6RY4OAMb8v

The 2017 Masters champion needed a top 20 finish at Sedgefield after a poor season, but agonisingly missed out by just one shot as he finished T25 to leave him in 128th position, meaning he will miss out on the postseason for the first time in his career.