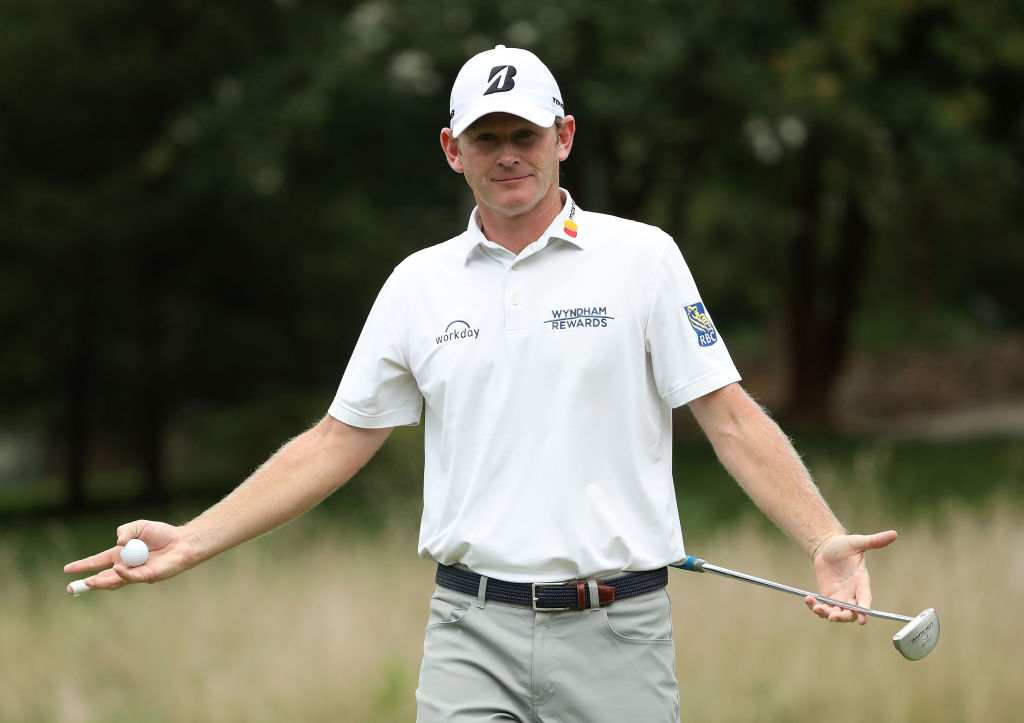 Brandt Snedeker faces a long day on Sunday if he is to capture his first title in two years at the Wyndham Championship.

Snedeker, the 2007 winner, was three strokes to the good mid-way through his third round on Saturday when play was suspended due to severe weather.

He will return to the Sedgefield Country Club with 29 holes to play, hoping to stay ahead of the chasing pack led by Brian Gay, who finished his round on the 12th hole at 13-under par.

“I’ve got to be really smart about making sure I’m staying hydrated and more than anything else, making sure I don’t have any mental lapses,” Snedeker said afterwards. “Kind of the hardest (thing) to do when it’s hot, humid, you’re out there all day. The physical side, we’re used to. Just, you mentally get fatigued and fried make some mistakes. The key for tomorrow — make sure I don’t do that.”

Trey Mullinax, Keith Mitchell, C.T. Pan and D.A. Points were a shot further back at 12 under when their third rounds were also interrupted by the threat of lightning.

More than three hours later, tournament organizers decided to call things off for the night and ask the players to come back at 8am on Sunday.

Snedeker, who opened the tournament on Thursday with a record equalling 59, will return Sunday hoping to keep up the trend that has seen the third round leader in seven of the 10 previous years go on to win.

“I’ll kind of do what I have to do to finish the third round, reassess what’s going on, where I am in relation to everybody else and what may be happening, and then kind of go to my fourth round with a new strategy,” Snedeker said.