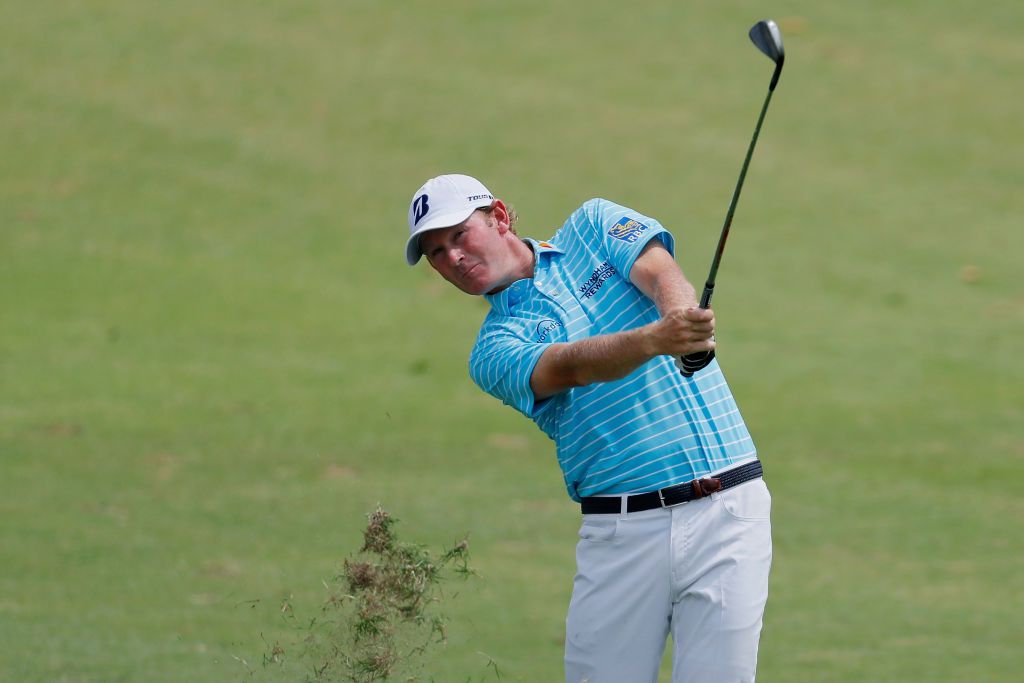 Brandt Snedeker produced a spirited comeback to retain a two-shot lead at the halfway stage of the Wyndham Championship.

A day after recording only the ninth score of 59 in PGA Tour history, the American struggled to match his first round highs and was one over for the day at the turn before recovering to salvage a 67 and close on 14 under par.

“I knew it was going to be tough, it wasn’t going to be the same way it was yesterday,” Snedeker said. “Kind of battling the emotion of everybody pulling hard for you, wanting to see you do it again. So front nine was disappointing. I didn’t really drive it well, didn’t do anything particularly well on the front nine.”

“Pulled myself together on the back nine, made some good swings, made a few putts. To shoot 4 under on the back nine was nice,” he said.“Got a few back and back in the lead, back in a good frame of mind going in the weekend.”

Snedeker mixed two birdies with a pair of bogeys over the first five holes before dropping another shot on the ninth to complete an outward 37.

But he settled himself with a good putt for birdie at the 11th, and reclaimed the outright lead when he holed from 30 feet for an eagle at the long 15th before repeating the feat for birdie on the next green.

After a par at 17, Snedeker did well to get up-and-down from the greenside rough at the last to ensure he would head into the weekend with a two-shot advantage over DA Points, who matched his opening 64 to reach 12 under.

It’s been a tough season for Points, who has missed the cut in 16 of his last 17 starts. He says he has nothing to lose this week though, as he is exempt until the end of next season after his win at the 2017 Puerto Rico Open.

“I can just go and play and if I win, wow, what a super blessing, but if I don’t, it will just be a nice way to finish off a tough year and start working on things towards next year,” Points said.