Snedeker fires scintillating 60 to trail Brown and Kuchar by one 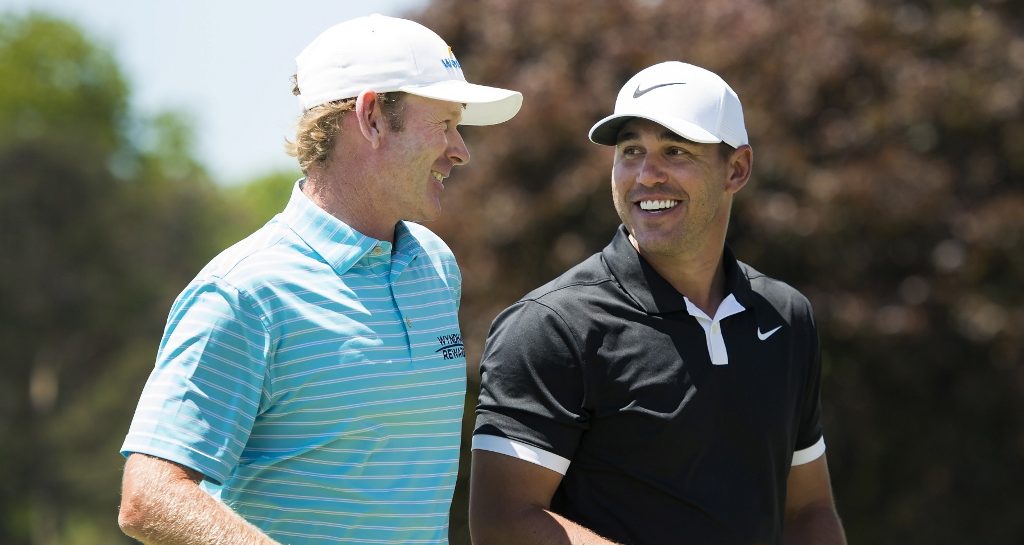 Brandt Snedeker nearly shot the second 59 of his career as he rocketed up the leaderboard at the RBC Canadian Open.

The American, who joined golf’s exclusive “59” club at last year’s Wyndham Championship, very nearly repeated the feat at Hamilton Golf and Country Club on Friday, as he fired eight birdies and an eagle in a round of 10-under-par 60.

.@BrandtSnedeker needed to hole-out from the fairway on his final hole for 59 … pic.twitter.com/xAFOfiPUGg

That lifted him a full 56 places up the leaderboard after his opening 69 on Thursday, although it wasn’t quite enough to hand him the lead.

A pair of 63s from Matt Kuchar and Scott Brown, both of whom opened with 65s on day one, was enough to see the duo lead the way on 12 under par, with Snedeker lying one back alongside home favourite Nick Taylor, who had rounds of 64 and 65.

“I drove the ball fantastic,” said Snedeker, whose round comes just nine months after his 59 at the Wyndham. “I think I missed two fairways today, you do that around here you set yourself up for success.

“Made a couple of putts early to kind of get the momentum going. I just gave myself a lot of opportunities.”

Snedeker’s performance was down largely to his incredible form on the greens, as he sunk a combined 136 feet of putts, which included a 20-footer for eagle at the par-five fourth, and another 21-footer for birdie at the fifth.

“When I get hot the hole is like a beach ball to me,” Snedeker said of his performance on the greens. “Today I felt like that.

“You don’t get these days very often on tour,” he added. “More often you’re getting beat up, so when you have these days you’ve got to take advantage of them.”

Further down the field, World No 1 Brooks Koepka posted a solid 66 to lie eight shots back, after his opening 70 on Thursday left him with a lot of work to do.

Koepka was playing alongside Snedeker and for once had to place second fiddle as his partner made hay.

Rounds of 67 and 66, meanwhile, see Rory McIlroy in tied-13th place on seven under, five off the pace heading into the weekend.