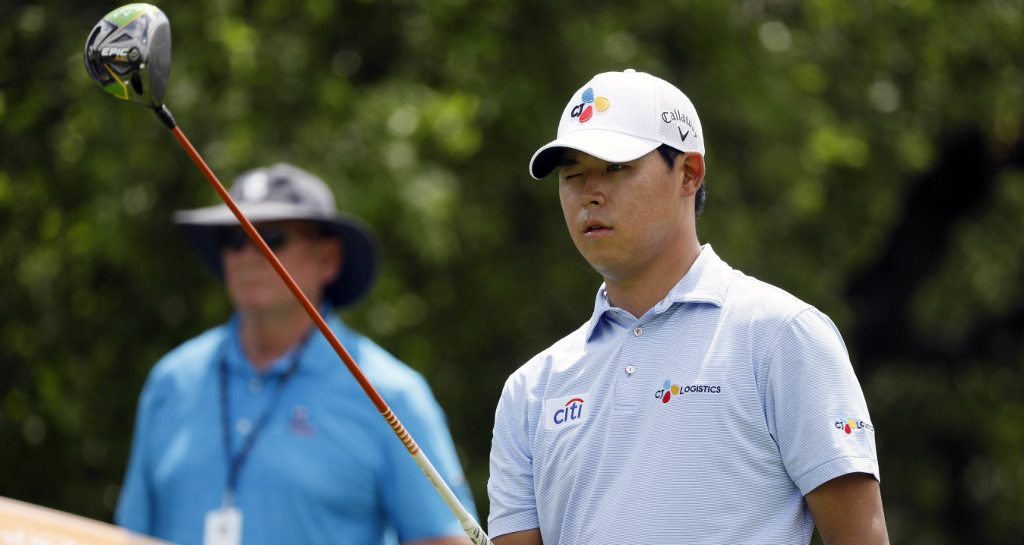 Twenty-three-year-old South Korean Si Woo Kim holds a one-shot lead after the first round of the Valero Texas Open in San Antonio.

Kim, who became the youngest ever winner of the Players Championship when he triumphed at Sawgrass in 2017, birdied five of his last eight holes for a six-under par 66 on the Oaks course at TPC San Antonio.

That was good enough for a one-stroke lead over Venezuela’s Jhonattan Vegas, Mexico’s Abraham Ancer and Americans J.T. Poston and Brian Stuard.

Rickie Fowler and Jordan Spieth both opened with 68s to lie two shots back along with 10 others in what is a very crowded leaderboard.

The day belonged to Kim, however, was razor-sharp on the greens, but credited his superb iron play for his stellar round.

Returning after a two-week lay-off, Fowler was happy to shake off the rust ahead of the Masters next week.

“Happy with where we’re at going into tomorrow, but also looking forward to the weekend with some work to do tomorrow as well as how I feel about the game going into next week,” he said.

“Really only one blemish, the tee shot on our 17th hole, number eight, but other than that, solid day of golf and some good work.”

Spieth was far from perfect from tee to green, hitting just five of 14 fairways in regulation, but was happy to shoot 68 despite it.

“Struggled a little with the swing to start, just didn’t hit a whole lot of fairways.

“There’s no rough out here right now unless you get outside of the primary rough, so you can hold greens from that rough but it’s very difficult to get it close to the hole locations to get more birdie chances,” Spieth said. “So certainly looking to ramp up those fairway numbers to give myself maybe more looks at potentially more birdies.”