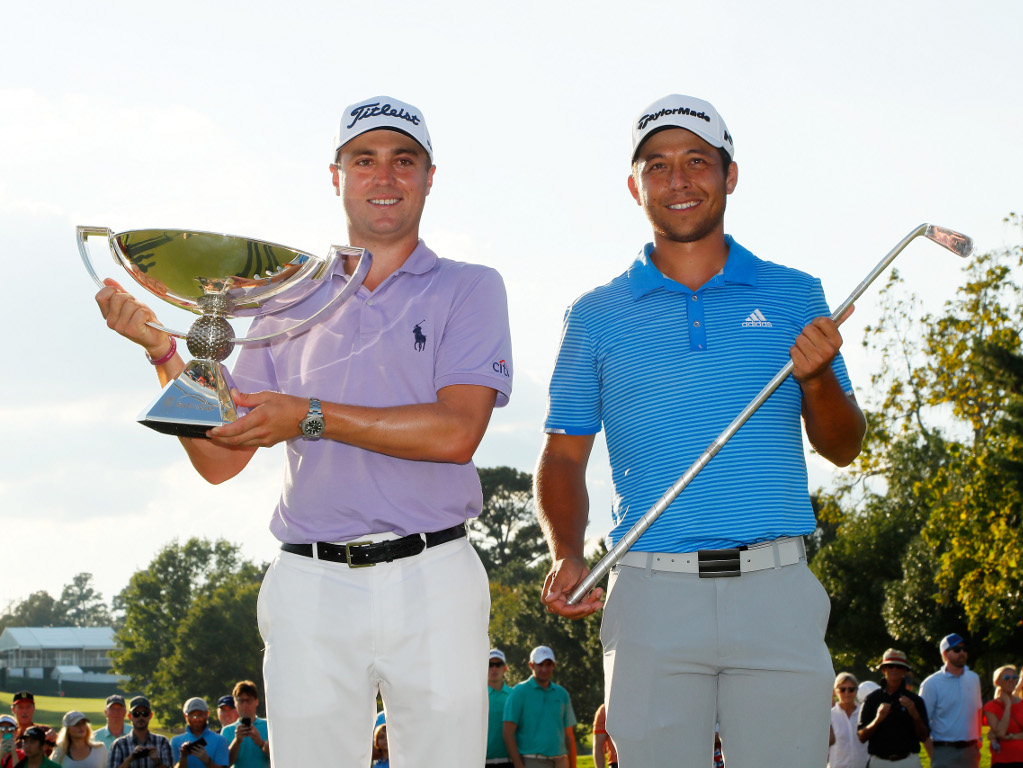 PGA Tour rookie Xander Schauffele took the honours at the Tour Championship on Sunday in Atlanta, but Justin Thomas was the big winner in the cash stakes as he claimed the FedEx Cup.

Schauffele, 23, was in danger of losing his PGA Tour card a few months, but has no such worries now after he sank a three-foot birdie putt on the 18th hole at East Lake to complete a two-under par round of 68.

The putt saw him edge Thomas by a single shot to become the first rookie to win the Tour Championship.

Thomas may have missed a putt at the final hole to tie with Schauffele, but he also had lots of reasons to celebrate – 10 million of them in fact. His runner-up finish meant he finished top of the FedEx Cup race to wrap up the huge $10 million bonus prize.

It marks a superb ending to a very successful season for Thomas, who earned five victories and a first major championship at the recent PGA Championship.

It also marked the first time in eight years that the Tour Championship and FedEx Cup have been won by different players.

Overnight leader Paul Casey finished in fifth place after three bogeys in his first nine holes saw him drop out of contention. He carded a three over par 73 to end the tournament at nine under par.

Open Champion Jordan Spieth (67) finished tied for seventh place alongside Spain’s Jon Rahm (69) and Tony Finao (66) of the US.

World number one Dustin Johnson finished at two over par in a tie for 17th position after shooting a 72.