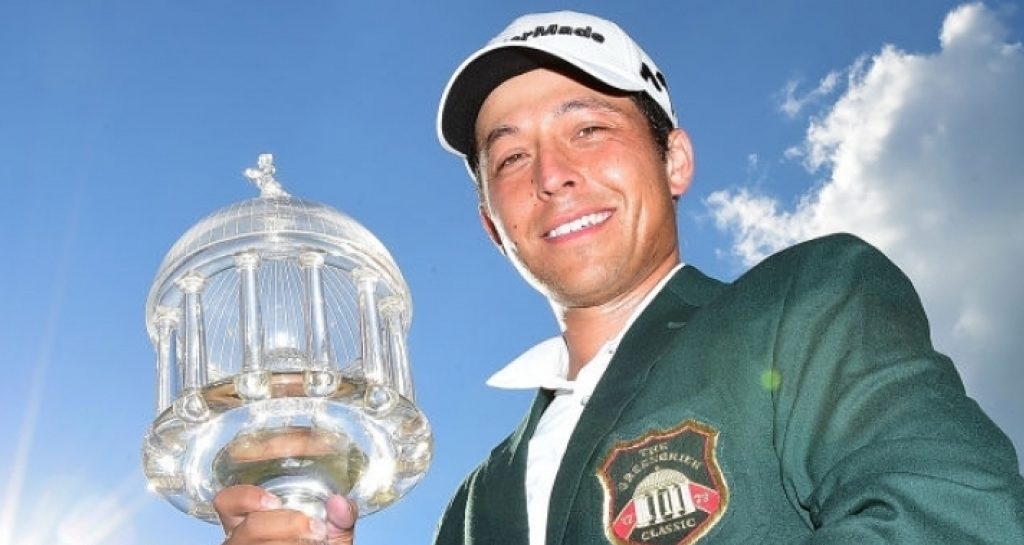 Rookie Xander Schauffele holed a three-foot birdie putt on the final hole on Sunday to claim his maiden PGA Tour title at The Greenbrier Classic.

The short putt gave him victory by a stroke over Robert Streb and capped a day-long duel with Streb and third-round leader Sebastian Munoz.

Schauffele finished with a round of three-under par to close at 14-under for the tournament.

The 23-year old Schauffele first came to prominence at the recent US Open when he opened with a round of 66 before finishing in a tie for fifth place in his first start in a major.

California native Schauffele also has five top-25 and two top-10 finishes so far this season, which has seen him pass the $2million mark in earnings – form that makes him a contender for PGA Rookie of the Year.

Schauffele ended his round as he had begun, nailing an iron shot to within three feet and setting up an easy birdie opportunity.

Two birdies and a bogey in between meant he just did enough to hold off Streb, Jamie Lovemark and Munoz.

Streb (69) had a chip to force a playoff but he could not hole it and had to settle for second place, while fellow rookie Munoz (72) squandered his two-shot overnight lead to finish at 12 under and tie for third with Jamie Lovemark (69).

Davis Love III’s bid to become the oldest winner in tour history failed to materialise after he carded a 75 to tie for 29th at five under par.