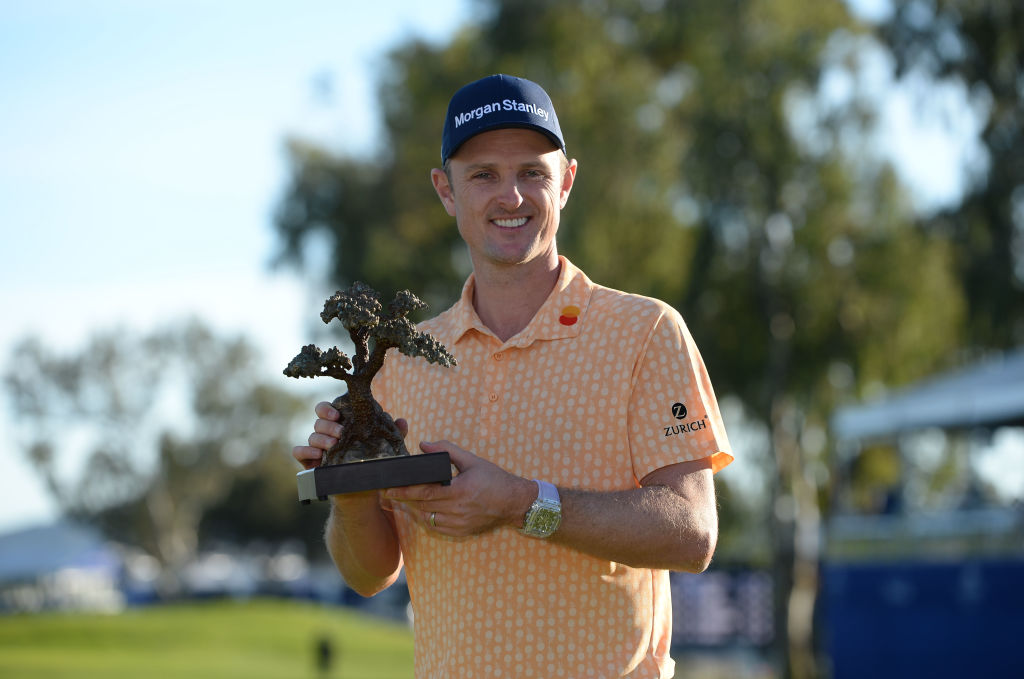 Justin Rose carded a 3-under 69 in the final round to clinch his 10th PGA Tour title at Torrey Pines on Sunday.

The win takes Rose to sixth in the FedEx Cup standings and word has it that he now has the most wins by an Englishman on the PGA Tour since WWII. Life as the reigning FedEx Cup champion has been good to him.

An artist at work. 🎨🖌@JustinRose99 had all the shots en route to winning the @FarmersInsOpen.#LiveUnderPar pic.twitter.com/wolMXFOJXj

Rose finished the tournament two strokes clear of Australian Adam Scott, who made a good fist of  it Sunday, despite the odds being stacked heavily against him. Scott finished his tournament on 19 -under-par, after carding a 4-under 68 Sunday.

Rose dropped three strokes in the first five holes on Sunday, sparking fears that the Torrey Pines curse would reemerge this weekend. Legend has it that weekend front-runners never win at this tournament.

Tiger Woods has always been the exception that made the rule.

A special place.
A special win.

Rose started the round with a three-stroke lead and watched that dwindle to a single stroke within minutes.

Such is the composure of Rose, that he managed to draw a line in the sand and start over again. It was a painful exercise but necessary under the circumstances.

Scott, the main challenger on Sunday, encountered problems of his own on the front nine but they  were never as severe as those experienced by Rose. Bogey at the par-4 fifth was balanced out by birdie at the ninth.

Despite the disastrous start to his round, Rose walked out with a commendable 36.

The mistakes were completely erased on the walk back in and nothing Scott could do would prove enough to change the outcome of this campaign – not even the four consecutive birdies he drained from 15 to 18.

It did make for exciting golf though.