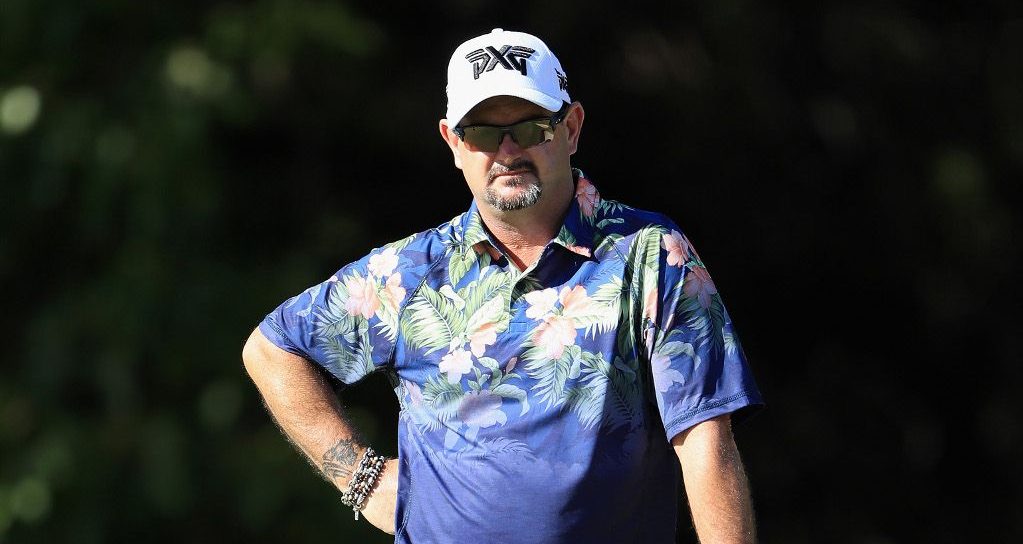 There was something a bit different about hearing Rory Sabbatini’s name announced when he stepped to the first tee at the Sony Open on Thursday.

The 42-year-old has been playing the event for the last 20 years, but this was the first time the announcer introduced him with the words, “From Bratislava, Slovakia, Rory Sabbatini.”

Sabbatini became a naturalized citizen of Slovakia, home of his wife, Martina, during a ceremony in New York last month.

“Just to support her and to support our son,” Sabbatini said. “Getting Slovak citizenship is important to them, just as important as her getting her U.S. citizenship. So I’m supporting her, and the added benefit was her cousin is the director of golf development in Slovakia, and we thought this was an opportunity.”

Sabbatini said he hoped playing for Slovakia would inspire young players in a country that has only eight other players listed in the Official World Golf Ranking. The next Slovak behind him is ranked 1,930th in the world.

Sabbatini could also turn out for Slovakia at the Olympics, now that golf is once again an Olympic sport.

“Obviously, if things happen to fall the way they possibly could, that would be fantastic,” he said. “But I think golf being back in the Olympics is definitely a great advantage for golf all over the world. I just truly hope that we can really get the program to develop in Slovakia, and if the Olympics would happen to boost it, that would be fantastic.”

Sabbatini said his wife’s cousin Rastislav Antal, the vice president of the Slovak Golf Association, came up with the whole idea to help raise the profile of golf in the country.

“Her cousin came up with the idea,” Sabbatini said. “This is an opportunity to bring more kids into the game of golf, because they really haven’t had an exposure on an international stage to really have someone to follow. They have a lot of hockey players, skiers, tennis players, all sports. But nobody in golf.”

While there may be a different flag stitched on his bag now, Sabbatini says the job on the PGA Tour remains the same.

“I’ve been here 21 years. I got out there every day and do the same thing,” he said. “Try and win a golf tournament.”