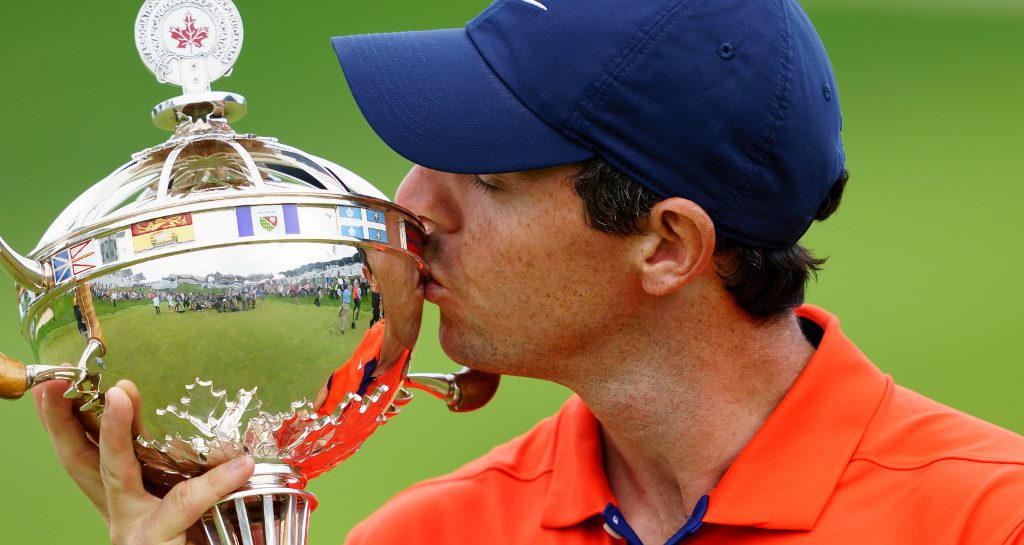 Rory McIlroy equalled the best round of his career to complete a massive seven-shot victory at the RBC Canadian Open on Sunday.

MCIlroy rolled in nine birdies, an eagle and two bogeys on the way to a nine-under-par 61 and a 22-under-par total that saw him finish a full seven strokes clear of nearest rival Shane Lowry and Webb Simpson.

“It was awesome,” said McIlroy, who was making his debut in the tournament. “I said at the start that I wanted to be aggressive and play with freedom.

“This will give me so much confidence. This is a huge tournament and I am so proud of myself.

“I am going to take a lot from this and I am so excited for next week (US Open).”

What a weekend at the @RBCCanadianOpen. Fans were incredible and I'm so proud to win Canada's biggest event. @Raptors in 5! 🇨🇦 pic.twitter.com/kNIilHPn0v

McIlroy started the day at Hamilton Golf and Country Club in Ontario tied for the lead with Simpson and Matt Kuchar, but no one could keep up with his rampant scoring.

Lowry closed with a 67, while Simpson had a 68. Kuchar finished a further two strokes back alongside Brandt Snedeker after a 70.

McIlroy briefly flirted with a 59 after adding four straight birdies from the 11th, and while he couldn’t deliver, his bogey-eagle-bogey finish certainly made for an exciting conclusion to the tournament, even if the victory was never in question.

After he bounced back from a bogey at 16 with a 341-yard drive and a perfect approach for an eagle-three at the 17th, he needed only to birdie the 18th for a 59. But he found a greenside bunker and came out too hot and ended up three-putting for a bogey that nevertheless saw him finish seven shots clear.

The win is the second of the season for McIlroy, following his Players Championship triumph in March, and comes just several days before the start of the US Open.

Further down the field, World No 1 Brooks Koepka shot an even-par 70 to finish tied for 50th place, while defending champion Dustin Johnson finished with a 69 for a tie for 20th on seven under.

There was also joy for McIlroy’s countryman Graeme McDowell, as he holed a lengthy par putt on the final hole to qualify for this year’s Open Championship at his beloved home course Royal Portrush.