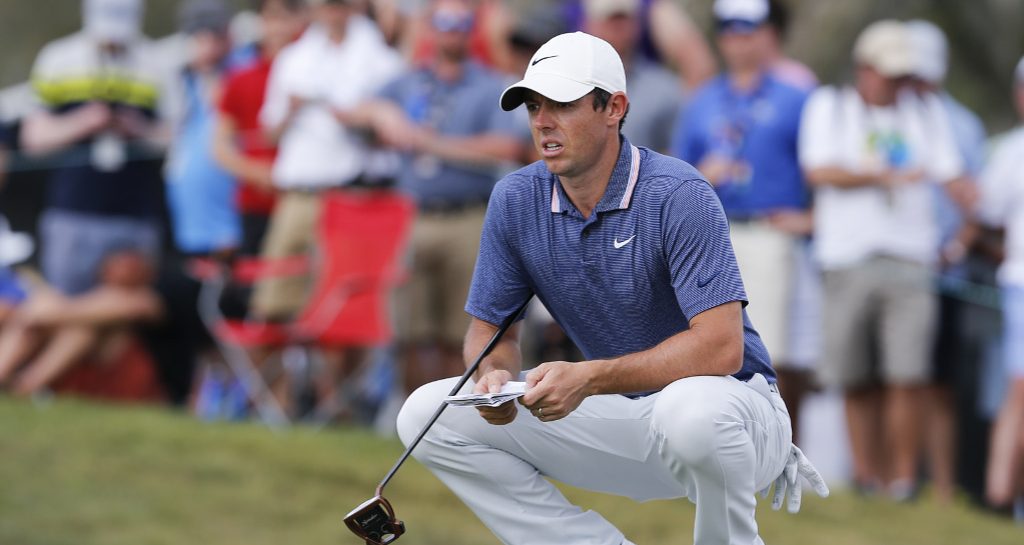 It seems everyone thinks Rory McIlroy has a bad case of final group-itis – except for the man himself.

Eagle-eyed observers of McIlroy’s progress on the PGA Tour over the last year haven’t been able to help but notice that the Northern Irishman has regularly played his way into the final pairing on Sunday, only to fall at the final hurdle.

In fact, it has now happened no less than nine times in 13 months.

Defenders of McIlroy will point out that while he may have regularly been in the final group on Sunday, he has actually only held the lead once during those nine near-misses.

But it’s hard to ignore that McIlroy has only managed one win in the last 30 months, a period of time in which he has recorded 16 top-10 finishes in 50 starts, six of which were runner-ups.

The 29-year-old is refusing to see the glass as half empty however, arguing that he’d rather be continuously playing his way into contention on the final day than not be in contention at all.

“I would much rather be putting myself in position to have a chance to win,” McIlroy said after his latest final-round damp squib at last week’s Arnold Palmer Invitational.

“I’m playing good golf, it doesn’t matter if I’m playing that golf on Thursday, Friday, Saturday. Yeah, my Sundays haven’t been what I would have liked, but I’m putting myself in that position, so good golf is good golf, I keep saying that, at the end of the day.”

It’s hard to argue with the stats, however, which suggests that McIlroy’s standard of play is most certainly dropping off in the final round. At Bay Hill on Sunday, he missed the target three times with an iron in his hand after big booming drives. He also only managed to birdie one of the par-5s and didn’t make a single putt from outside 10 feet.

Had he played like that across all four days of the tournament, he would never have been in contention for the win.

“I’m playing well, I’m getting myself into contention every week,” McIlroy insisted.

“That’s the great thing about golf, you don’t have to wait too long to get back on the horse.

“I’m happy with everything, I just think today I could have played the par-fives better. But really, apart from that, it was an unbelievable round from Francesco to shoot what he did.”

McIlroy will have another chance to prove that his process is working and will soon bear fruit at this week’s Players Championship.