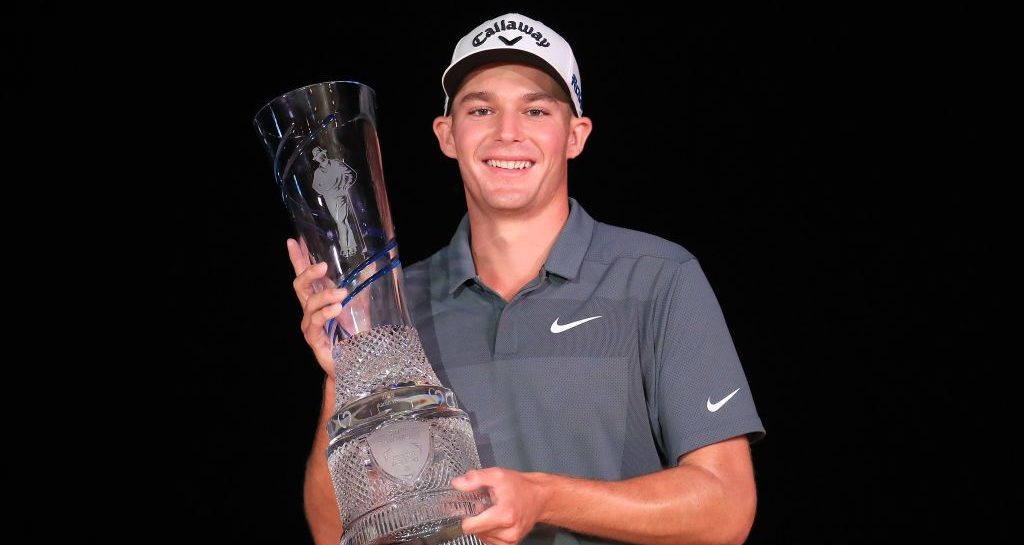 Rookie Aaron Wise clinched his first PGA Tour title on Sunday with a three-shot win at the Byron Nelson tournament in Texas.

The 21-year old fired a superb six-under round of 65 at Trinity Forest to finish ahead of Aussie Marc Leishman at 23-under par, and smash the tournament low-scoring record set by Rory Sabbatini in 2009 by four shots.

A performance deserving of a trophy. 🏆@AaronWise_ captures his first PGA TOUR victory at the @ATTByronNelson.#LiveUnderPar pic.twitter.com/qbkQeh2Md4

Starting the day tied with Leishman, Wise pulled away from his rival thanks to a stunning run of six birdies in seven holes starting from the fourth.

He was never under threat from that point and cruised to an emphatic victory and a first title in just his 26th start on tour.

The road to achieving a dream.

Leishman shot a final-round 68 for second place on 20-under.

South Africa’s Branden Grace earned a tie for third place alongside Keith Mitchell and J.J. Spaun after equalling his career-best round of 62 on his 30th birthday.

Grace shot eight birdies, an eagle and a bogey to match the career-low he set at last year’s Open Championship.

Wise, who was born in South Africa and moved to the US when he was three, turned professional in 2016 after winning won the NCAA championship.