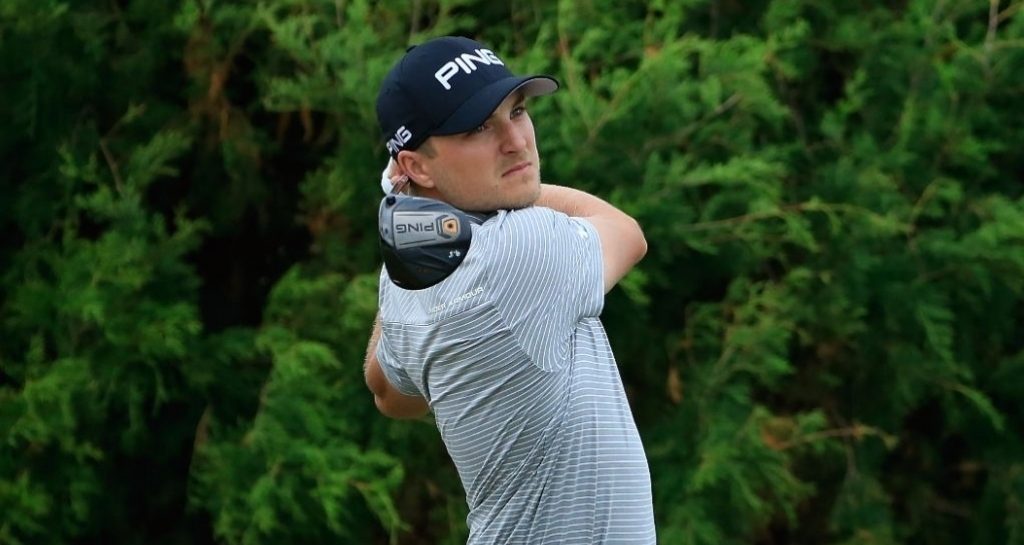 Tour rookie Austin Cook will take a one-shot lead into the weekend at the RSM Classic after a stunning eight under round of 62.

Cook sank a six foot putt for birdie on the last to move to 14 under overall for the tournament – one ahead of Brian Gay, who also impressed with a 64.

No other players are within four shots of the duo, with Cook yet to drop a single shot after playing on both the Plantation Course and Seaside Course at Sea Island Golf Club, in Georgia.

Cook has only previously played in 13 PGA Tour events and only received a full-time card this season, yet he showed his potential by following up his opening round of 66 with a 62. He sank four birdies on the front nine before another four on the back nine.

The far more experienced Gay trails Cook by one after following up Thursday’s 65 with a 64.

Gay said: "I putted really good today. I thought it was a tough day out there. I made some nice putts early to get me going. I love bermuda grass greens, and I've always liked the golf course."

Brian Gay has the hot putter.

The other big story of the day was the impressive return of Brandt Snedeker after the ex-Ryder Cup player has been sidelined since the summer with a sternum injury. Snedeker is just six shots off the lead after back-to-back 67s.

"I'm kind of shocked to be honest, I thought I'd have more pain," he said.

“For the most part two days in, so far so good."