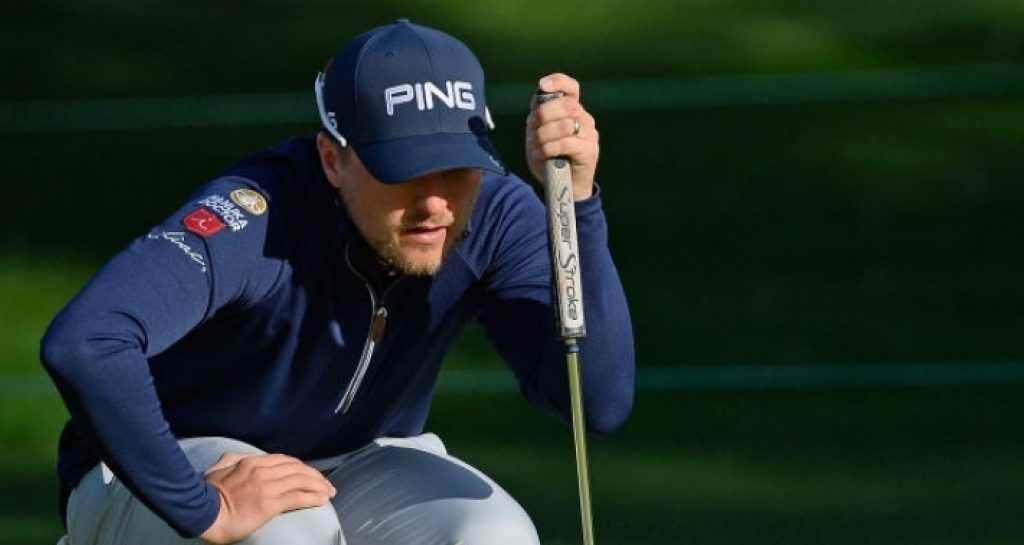 Austin Cook surged up the leaderboard and into the lead at the CareerBuilder Challenge on Saturday after a superb round of eight-under-par 64.

Cook started strongly, picking up six shots in six holes starting at the fourth hole at La Quinta, and consolidated with three more after his only bogey of the day at 10  as he finished 19-under, one shot ahead of compatriots Martin Piller and Andrew Landry.

A win would give PGA Tour rookie Cook, 26, a second victory after his maiden title at the RSM Classic in Georgia in November.

It was an experience that would be vital come Sunday, said the Arkansas native.

"I've been in the situation before and I was able to finish the job on Sunday," he said. "I think it would be a little different if I didn't play like I did on Sunday at Sea Island, but I feel like I'm in a comfortable spot right now with my game and just everything's going fairly well and I just hope to continue that tomorrow."

Scott Piercy (67) and Spain’s Jon Rahm (70) were tied for fourth place one shot further back.

World number three Rahm enjoyed a roller coaster round that featured six birdies and four bogeys, including one that saw him narrowly escape disaster at the 17th when his tee shot struck a rock and bounced back into play.