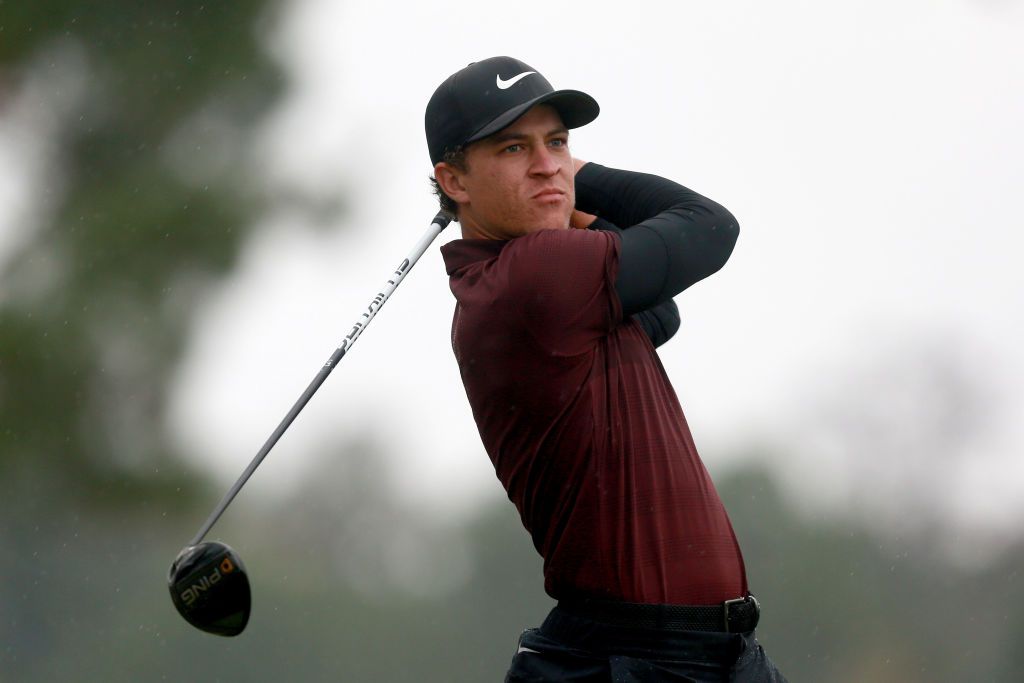 Long-driving rookie Cameron Champ shot a 7-under 65 in wet and windy conditions to take the first-round lead in the Sanderson Farms Championship at the Country Club of Jackson.

Defending champion Ryan Armour was two under after opening with a 70.

There were still 12 players on the course when play was suspended because of darkness, the best-placed being Seth Reeves at 5 under through 16 holes.

Champ, who earned his PGA Tour card on the Web.com Tour last season, played in college at Texas A&M. The 23-year-old said the weather there had given him plenty of experience of dealing with Thursday’s windy conditions.

He kept most of his drives in the fairway, which allowed him to have a solid day with his short game and putting.

“Today I was just trying to hit the fairways,” Champ said. “The rough out here is pretty thick.”

Nevertheless, on the par-4 18th, he blasted a 347-yard drive and hit his approach to 4 feet to set up his fifth back-nine birdie.

“It’s great that you can hit it far, but if other parts of your game aren’t good you’re not going to be able to play the game,” Champ, who is consistently among the tour’s biggest hitters, said. “That’s just kind of the way I look at it now.”

The 31-year-old Tringale made the cut at the Safeway Open three weeks ago and had another good performance on Thursday, an encouraging start to the season for someone who made just seven of 26 cuts last year.

He said better drives have allowed him to be more competitive.

“It’s definitely nice to have a good opening round like this in this tournament and just something to build off,” Tringale said. “I’ll take all the positives I can and replay the good shots in my head tonight.”

“Hopefully I can have a few more days like it.”