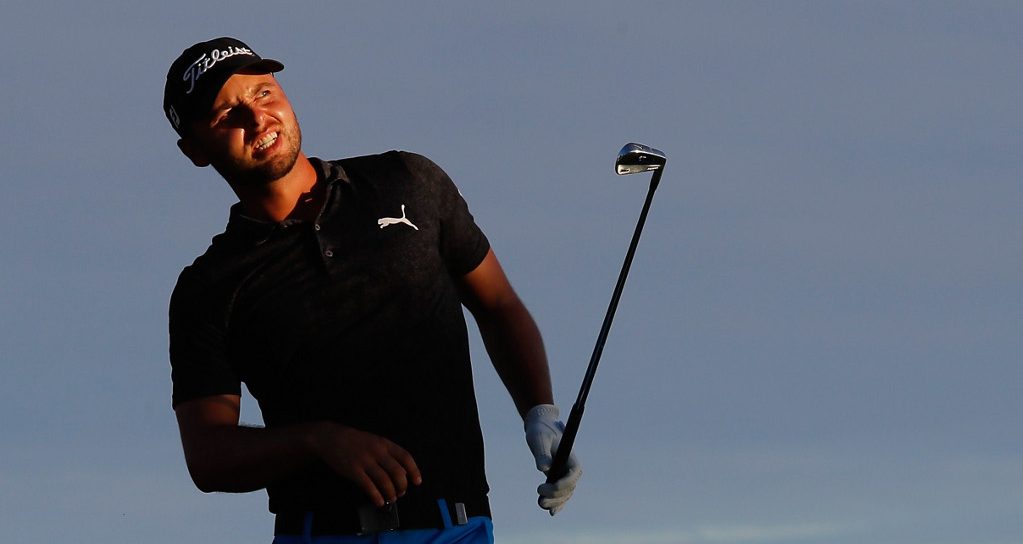 PGA Tour rookie Adam Svensson drained a 10-foot birdie putt on the final hole for a nine-under-par 61 and a one-shot lead after the opening round of the Sony Open in Honolulu.

Afterwards, Svensson admitted he was barely able to process what he’d done.

“It was all a blur,” said the 25-year-old Canadian. “I don’t even remember which holes I birdied.”

Svensson made seven birdies and an eagle in a bogey-free round. Gains at the fifth and sixth holes were followed by a superb eagle at the par-5 ninth after hitting a 6-iron approach to five feet.

But he was just getting started. A 50-foot putt for birdie at the 11th really ignited his round, as he picked up three more birdies at 12, 13 and 14 to race to eight under, before adding another at the last to make sure of the outright lead.

It was the lowest round of his professional career.

Trailing Svensson by one shot is Andrew Putnam, who was prevented from playing any practice rounds this week due to a bee sting. Clearly the lack of preparation did him very little harm.

“I couldn’t walk, so I had to withdraw out of the pro-am,” he said. “I was just sitting around all yesterday and couldn’t even hit a shot. Yeah, kind of bizarre how it all worked out.”

Eight-time PGA Tour winner Matt Kuchar follows in third a further shot back after a well-played 63, while Chez Reavie and Hudson Swafford follow in a tie for fourth on five under, four back.

By the end of the day, 75 players out of the 144-man field were under par, but surprisingly that number did not include Jordan Spieth.

Looking a little rusty on his 2019 debut, the three-time major champion managed just one birdie, not nearly enough to offset the four bogeys on his card.

Spieth did get some experience under his belt with the new rules. A rules official had to remind him that players must now take a drop from knee height instead of shoulder height when Spieth was given relief on the sixth hole. He had done it wrong the first time, and was alerted to the fact that he would have been penalised had he hit the shot.

Spieth also tapped in for par on the opening hole with the flagstick still in the cup, and tapped down a spike mark in the line of a 4-foot putt.

“All in all, I got a test of most of the new rules today,” he said.

Elsewhere, Justin Thomas opened with a 67 after an unusual birdie-bogey-bogey-bogey-eagle finish.