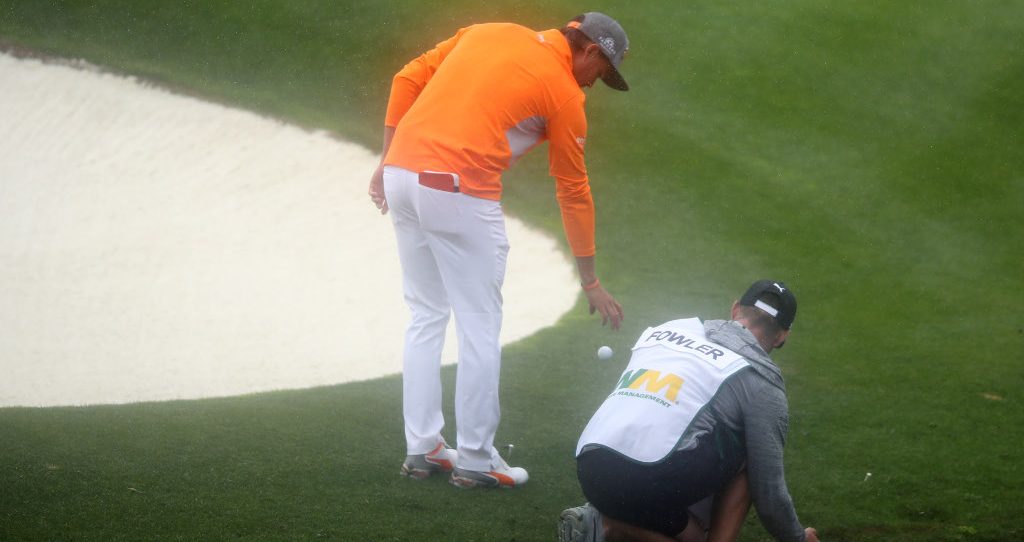 Waste Management Phoenix Open winner Rickie Fowler had a horrid stroke of luck in the final round, but lived to tell the tale.

While Fowler would end up a two stroke victor at TPC Scottsdale, it was not without some back-nine Sunday drama.

The American arrived on the 11th tee with a comfortable lead, his fifth PGA Tour title almost within grasp. A short drive meant he had to lay up, but he was too aggressive with his third sending it over the back of the green and the ball conspired to roll around the bunker, ending with a splash in the water.

Rickie Fowler has made a triple bogey 7.

The lead is down to 1. pic.twitter.com/1gZxTfJvVJ

The driving rain made for difficult conditions and after taking the penalty drop, Fowler was checking a line to the pin when the ball rolled back into the water. All on its own. Ouch.

PGA Tour Vice President of Rules and Competition Slugger White went on to rule that the ball was ‘in play’, so Fowler would have to drop again.

“The ball looked like it was on ice,” said the world number eight.

“We did nothing to cause it to happen, and it’s a one-shot penalty.”

But in typical Fowler fashion, he chipped onto the green and drained the returning 17 footer for a triple bogey, the most applauded one you’ll ever see.