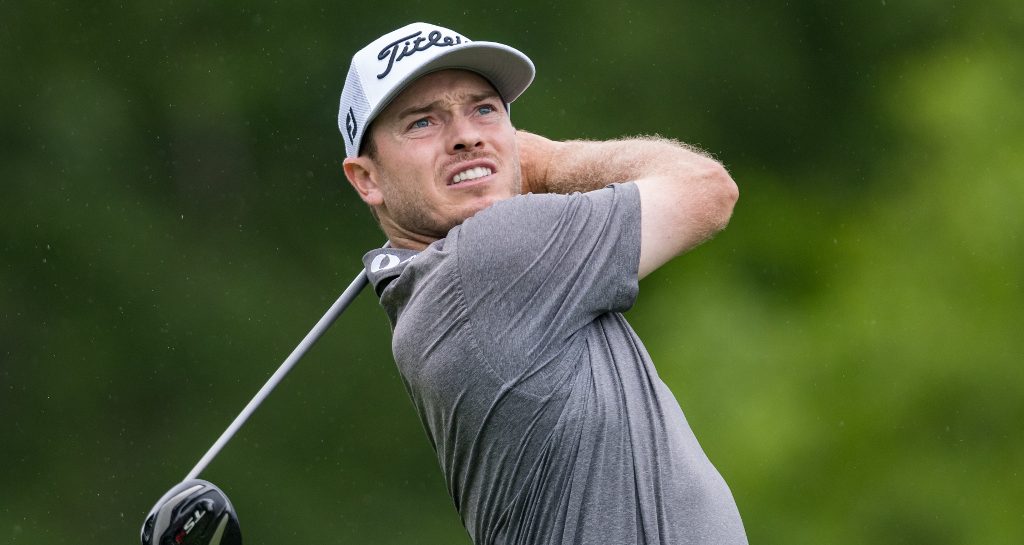 As many as six players share the lead on six under par after the opening round of the Travelers Championship in Cromwell, Connecticut.

Of the six leaders, no one was happier with their performance than Burgoon, who finally found some form after enduring a horror start to the season that saw him miss 10 of 14 cuts.

Burgoon admitted that after his last missed cut at the Memorial, he really started to doubt himself.

“Right after Memorial I was in a pretty dark place when it came to my golf game,” said the 32-year-old Texan.

“I took two weeks off and regrouped and refocused and got a lot of really good work in.

“It has been kind of a rough year for me. I struggled. I guess struggled would be an understatement.”

Burgoon didn’t struggle on Thursday, however, firing six birdies in a bogey-free round to grab a share of the lead.

He joins Armour for an early tie for the lead @TravelersChamp.#LiveUnderPar pic.twitter.com/ExzBJsxN8J

Patrick Cantlay, Tommy Fleetwood and Louis Oosthuizen, meanwhile, are among the group on four under, two off the lead.

He may be an Englishman, but Casey was no fan of the bad weather in Cromwell on Thursday.

Elsewhere, Phil Mickelson opened with a three-under-par 67, while World No 1 Brooks Koepka could only muster three birdies and four bogeys as he opened with a one-over 71 that leaves him seven shots off the pace.

It was only Koepka’s third over-par score in his past 22 strokeplay rounds.