Relentless Rose rises to the top at Torrey Pines 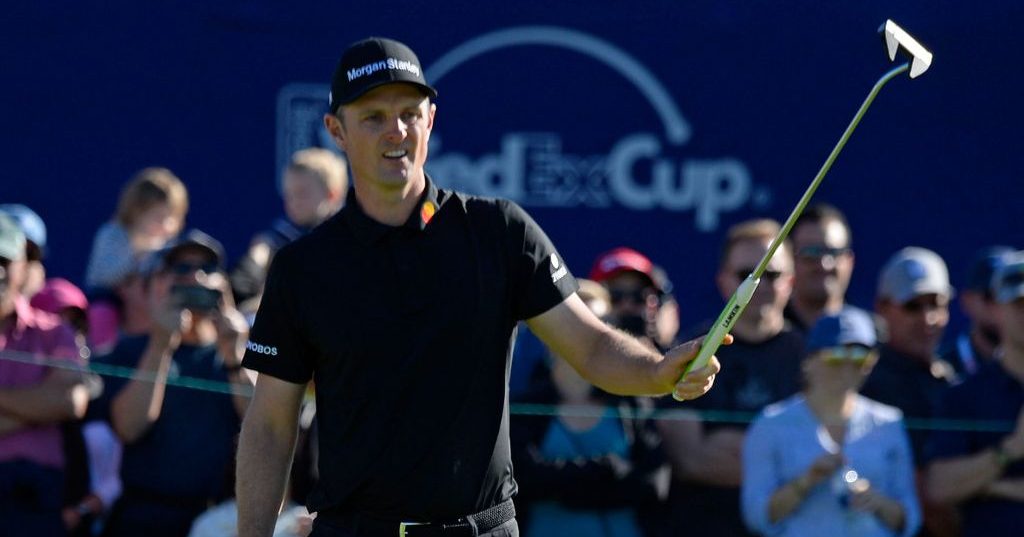 Justin Rose moved three strokes clear of the rest of the field after a superlative second round at the Farmers Insurance Open on Friday.

The world number one signed for a six under 66 on the tougher South Course, enough to take him to a record-equaling 15 under for the tournament and three shots ahead of Japanese star Hideki Matsuyama, who is alone in second.

Rose was three under through six and dropped his first shot of the week on the par four seventh. After a birdie on the ninth, consistent iron play saw the Englishman card three more birdies coming home. When you hit 16 out of 18 greens, it sure makes life easier. But Rose is under no illusions as to the challenge that remains.

“If I had a three-shot lead going into Sunday, then it would be worth kind of thinking about game plan and strategy, but as of now I’ll just keep doing what I’m doing.

“If you can go out and make four, five birdies a day, you’re going to maybe drop the odd shot around here, it doesn’t take much to do that, so if you can stay positive and make your birdies, then it becomes harder to catch someone.

“I’ll just pick my moments really and if I’m feeling good and I’ve got good numbers, go at it. If not, par’s never a bad score here.”

Two strokes behind Matsuyama – who carded a second consecutive 66 – are American duo Billy Horschel and Ryan Palmer, tied with Spaniard Jon Rahm on ten under.

Also moving into contention is four-time major winner Rory McIlroy, who shot a seven under 65 to take him to eight under, seven off the pace.

Seven-time tournament champion Tiger Woods failed to take advantage of the easier North Course, firing a two under 70. The round took him to four under for the event, just ahead of the two under cut line. Woods blamed a cold putter for his lackluster round.

“Tee to green was okay,” said the 14-time major champion.

“I made a few mistakes here and there. I just couldn’t get a putt to fall. A lot of lip???outs today and a round that could have easily been five, six under par just didn’t materialize.