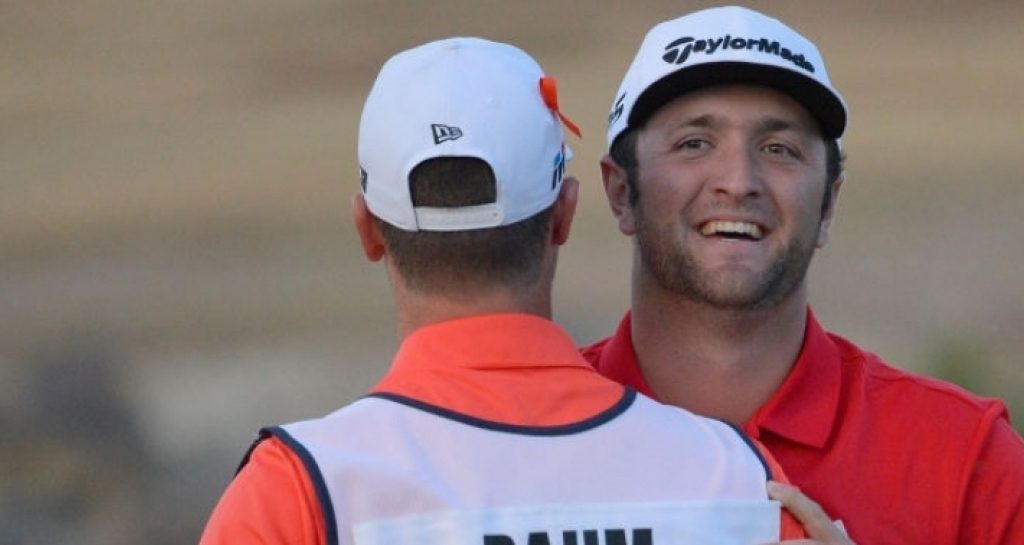 Jon Rahm kept his cool during a four-hole sudden death playoff to beat Andrew Landry and claim the CareerBuilder Challenge on Sunday in La Quinta, California.

World number three Rahm held his nerve to hole from 12 foot and take the title after both players had missed opportunities to win on earlier holes.

Five birdies over the first 14 holes had taken Rahm to the top of the leaderboard, but a run of four straight pars coming home gave Landry, 30, the chance to reel him in, which he duly did with a birdie on the final hole to leave the duo tied on 22-under par after 72 holes.

Rahm then missed a nine footer for the win at the first extra hole, before Landry returned the compliment when slid an eight footer by at the next. The 10th hole was halved again before they returned to the 18th hole, where Rahm prevailed after Landry missed to the right.

The win gave Rahm his second PGA Tour title after last year’s Farmers Insurance Open and will see him move up to No. 2 in the world.

Overnight leader Austin Cook, who had also been looking for a second PGA title, slipped down the leaderboard after shooting a final-round 75 to tie for 14th place on 16-under par.