Rahm reflects on a special Sunday, but not the one you think 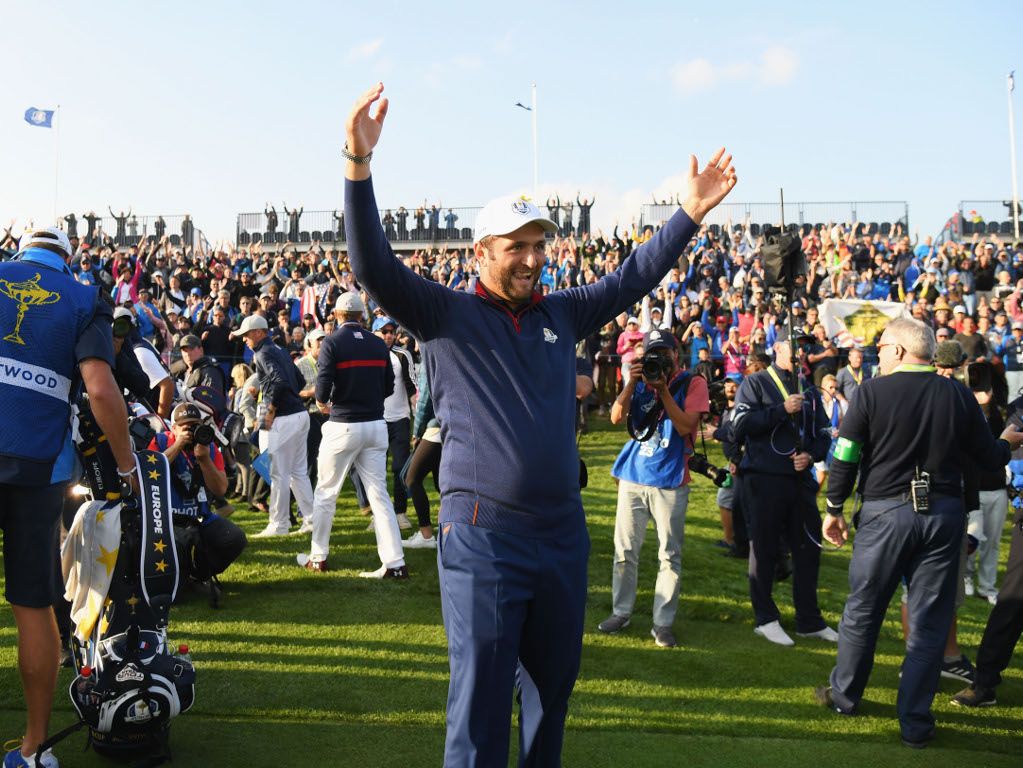 Jon Rahm racked up his sixth professional victory on Sunday, beating a high class field by four shots at the Hero World Challenge, but he’s still living down memory lane.

The Spaniard started the day tied with Tony Finau and Henrik Stenson for the lead but pulled away and carded a final round 65, enough to receive his third PGA Tour trophy.

As part of the Tiger Woods Foundation, Woods was on hand during the ceremony on the 18th green to hand Rahm the Tiger-esque trophy. While it was special, for Rahm, it pales in comparison to his experience at the Ryder Cup.

In the Sunday singles at Le Golf National, Rahm beat his childhood idol Woods on the 17th hole, cuing a flood of emotions. The 24-year-old is still living in that moment.

“That Sunday with Tiger is still the most emotionally, most important moment of my golf career,” the Basque Country native told the press in Albany.

“It means so much to play against Tiger. A couple months later, to win his event, it’s really special.”

"It's an honor to win an event related to Tiger Woods."

Key to Rahm’s victory in the Bahamas was his ball-striking, as he was third in the field in terms of fairways hit and tied for fourth for green in regulation. He was also cool under pressure on Sunday afternoon, finding the green on 12 of his last 13 holes.

“Arguably the best ball-striking day I’m ever going to have – even better than Friday,” said Rahm, who posted a 63 on Friday that was the lowest round of the week.

Rahm’s victory moves him to sixth in the world rankings with Bryson DeChambeau, Justin Thomas, Dustin Johnson, Justin Rose and world number one Brooks Koepka ahead of him.