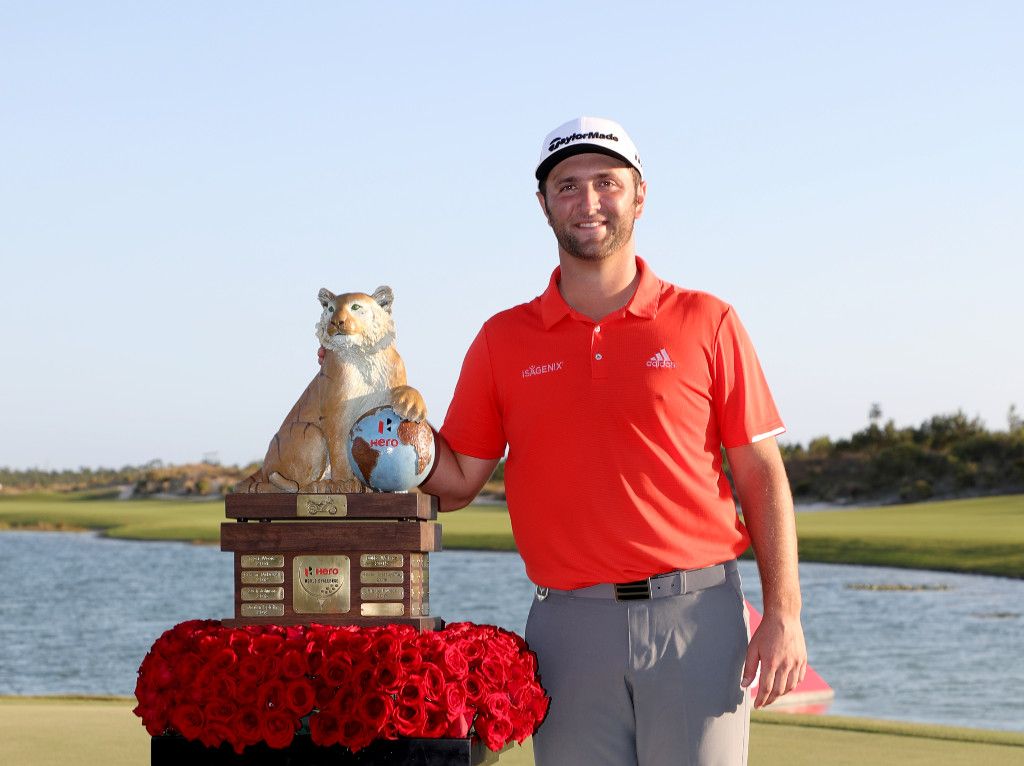 Jon Rahm notched up his third win on the PGA Tour following an impressive four-stroke win at the Hero World Challenge on Sunday.

The Spaniard was flawless in the final round at a breezy Albany, signing for a seven under 65 to finish top of the leaderboard on 20 under, four shots ahead of American Tony Finau.

What a victory for @JonRahmPGA. 🏆🇪🇸

Finau was in touch with a rampaging Rahm on the back nine until an errant drive on the drivable par four 14th left him in the natural beach sand, which lead to him carding a double bogey. On the same hole, Rahm rolled in a five footer for birdie, extending his lead to four shots. Rahm kept the chasers at bay by closing with a string of pars.

Henrik Stenson started the day tied with Finau and Rahm, but his putter failed to come to the party. A closing 71 was good enough for a solo fourth finish, one stroke behind Justin Rose who was just one shot away from regaining his world number one ranking from Brooks Koepka.

Patrick Cantlay, co-leader of the first round, took advantage of his hot putter and played the back nine in six under to post 64 – the low round of the day – leaving him on 13 under for the event in T5 with former winner Rickie Fowler.

Tournament host Tiger Woods endured a disastrous opening nine, finding himself four over at the turn. However, the 14-time major winner went on a birdie streak to get back to even par with three to play. A final bogey on the par three 17th saw him card a 73, finishing one under overall.

Only Japanese star Hideki Matsuyama was worse, with a closing 75 bringing an end to a lacklustre week where he finished even par.