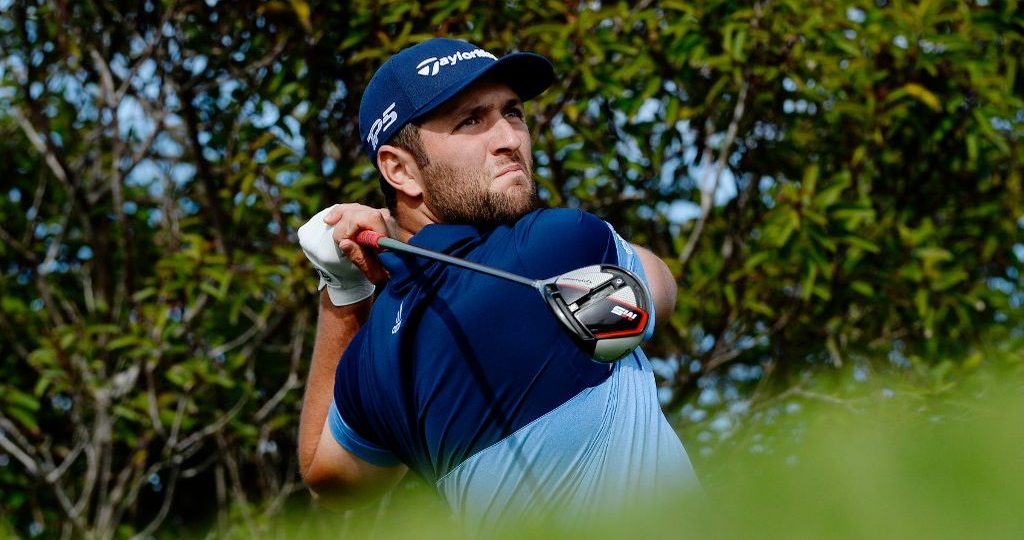 Jon Rahm has a one stroke lead after a plethora of low scoring at the opening round of the Farmers Insurance Open on Thursday.

The Spaniard signed for a superlative ten under 62 around a benign North Course at Torrey Pines, enough for a one stroke lead over Justin Rose and Doug Ghim.

Starting on the back nine, Rahm eagled his opening hole, rolled in two more gains before carding another eagle on the 17th and made the turn in 29 following a birdie. He dropped a shot on the par three third but quickly made up for it, making four consecutive birdies before a par on his final hole.

The world number seven walked off the final green with a grin, probably because he put on a great show for his grandmother in the gallery.

If you look close enough, you can see the smoke coming off @JonRahmpga's putter.#LiveUnderPar pic.twitter.com/rOptKnGXlg

“Couldn’t be happier that she’s here,” quipped the 24-year-old.

“She keeps calling it the trip of her life. She’s been in the States before, to New York and San Francisco, but never to watch me play golf. She watched me win in Madrid, the Spanish Open. She saw me at the Ryder Cup in Paris. Nothing like coming all the way to the States. It’s a long flight for somebody who’s 83 years old. Even though she’s in incredible good health.”

Further down the leaderboard, C.T Pan of Chinese Taipei is alone in fourth on eight under, while three-time major winner Jordan Spieth is in solos fifth after his seven under 65.

Seven-time tournament winner Tiger Woods carded a two under 70 on the more difficult South Course, putting him in T53.

“A couple under par on the South course is not something to sneeze at, but now I have to shoot a low one tomorrow,” said Woods.

The closest anyone got to this 🕳 all day. #MustSeeMoments pic.twitter.com/Y86AbdXC0I