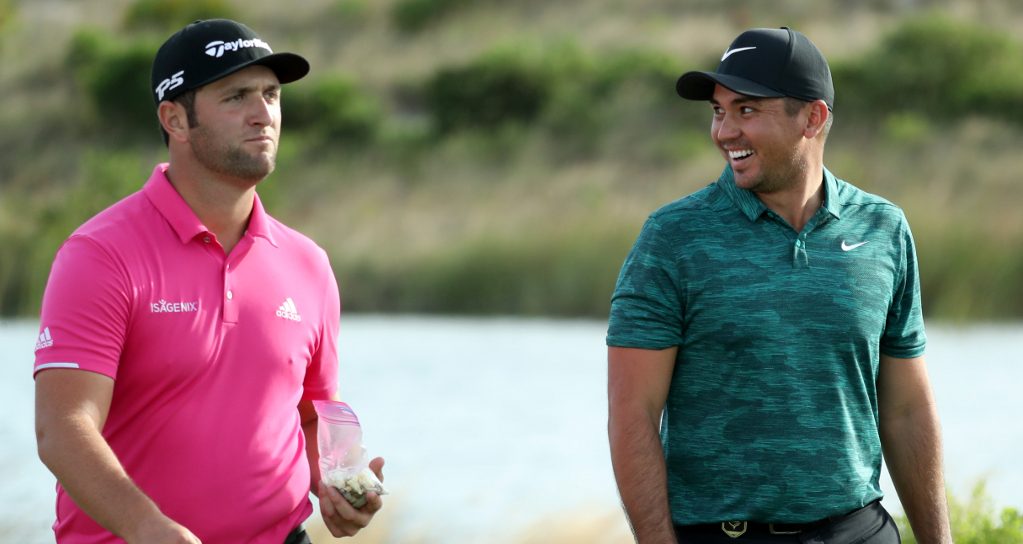 Spain’s Jon Rahm shot the low round of the tournament to grab a share of the lead alongside Henrik Stenson at the Hero World Challenge on Friday – while Tiger Woods found himself embroiled in a bizarre incident.

Rahm drained nine birdies at Albany Golf Club on Friday for a bogey-free 63 that lifted him nine places up the 18-man leaderboard and into the lead.

The Spanish World No 8 was flawless from start to finish, starting his birdie-blitz on the third hole and picking up three more at the sixth, seventh and ninth to turn in 32.

He holds the solo lead at the Hero World Challenge. pic.twitter.com/0UjrG3OMx8

He was later joined by fellow Ryder Cup star Stenson after the Swede drained three late birdies for a six-under-par 66.

The European duo lie one shot clear of World No 3 Dustin Johnson, who followed up an opening 68 with a well-played 67, and overnight leader Patrick Cantlay, who had a 70.

Tony Finau lies alone in fifth place a further shot back after a splendid 64, two clear of Gary Woodland (66) and Alex Noren (69).

Further down the field, Justin Thomas and Justin Rose are tied on four under after each carding successive 70s, while tournament host Tiger Woods lies a further two shots back.

Woods closed with a nasty double-bogey at the 18th that could have been even worse had rules officials decided to penalise him for hitting the ball twice while attempting an escape from a bush.

"Did he hit the ball twice?"

It's been determined there's no penalty for Tiger Woods on the 18th hole. pic.twitter.com/xMCUAnBkcB

Television replays appeared to show Woods making contact with the ball twice as he stabbed it back onto the rough rather than take a penalty drop for an unplayable lie.

Woods needed four more shots to complete the hole despite the escape, and then spent over 20 minutes with tournament officials analysing the shot in question.

It was eventually decided he would not receive a penalty and he signed for a three-under-par 69, despite Woods admitting that slow-motion replays appeared to suggest he had hit the ball twice.

Usually a double-hit would incur a one-shot penalty, although the rule is set to change in 2019 if a player is deemed to have “accidentally” hit the ball twice.

Elsewhere, Masters champ Patrick Reed started the day with a share of the lead but ended it eight shots off the pace after following up his opening 65 with a 77.