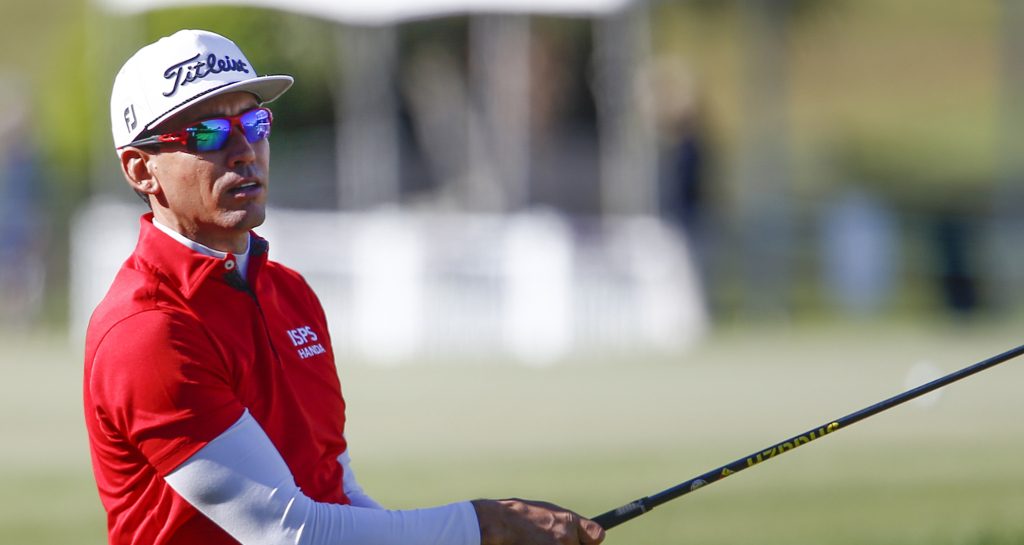 Rafa Cabrera Bello of Spain fired a seven-under-par 65 to take a two-shot lead on the opening day of the Arnold Palmer Invitational in Orlando.

The 34-year-old came within a foot of making a hole-in-one at the par-3 second, but even without the ace no one could keep up with his scoring on the day.

Northern Ireland’s Graeme McDowell found some form to share third place a further shot back with Patrick Rodgers, Billy Horschel, Bubba Watson and Phil Mickelson, who continued his 2019 resurgence with another encouraging opening round showing.

Mickelson was able to post his 68 despite a double-bogey six at the 10th which saw him make a meal of an attempted recovery shot by trying to switch from a left-handed stance to a right-handed one after his tee-shot ended up nestled against a fence alongside the left fairway.

The day belonged to Cabrera Bello, however, whose near-miss ace underlined just how deadly his iron play was on Thursday.

“Pretty much on every hole it’s inviting you to take a risk and it really gets you focused on what you want to do.

“I’m really happy to be playing here for the first time. To win an event that has the name of one of the greatest players on earth would be really special, but it’s only Thursday.”

Elsewhere, World No 1 Justin Rose opened with a 7 to lie six back, while Rory McIlroy posted an even-par 70 that could have been much worse had he not finished with back-to-back birdies to salvage the round somewhat.

Australia’s Jason Day was forced to withdraw with a back injury after completing just six holes.

Afterwards, Day revealed he had been struggling with a sore back and underwent an MRI scan which indicated a tear in a disc.

“I just wanted to see if I could get out here and my back may have loosened up,” Day said. “But, unfortunately, it didn’t, so I had to pull out.”