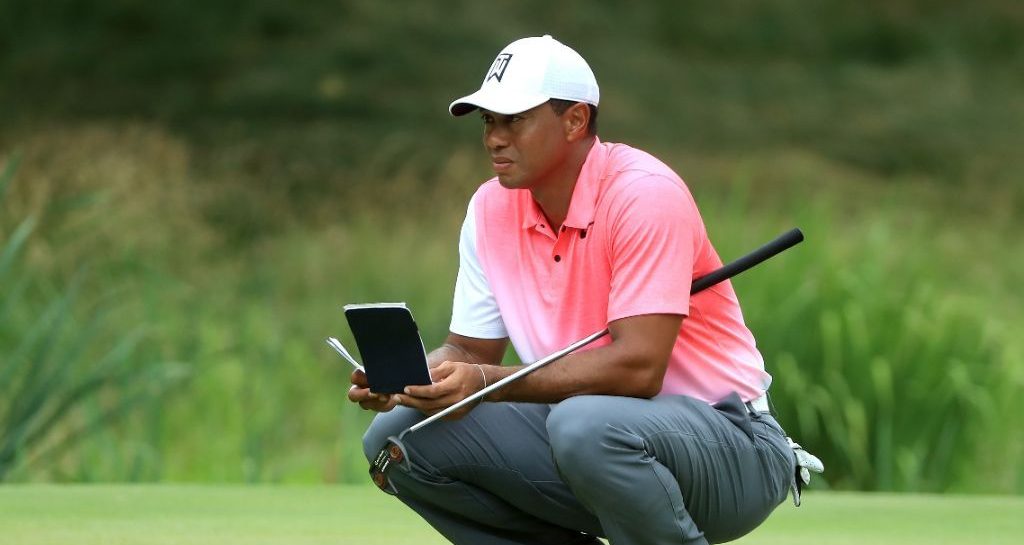 A change of putter failed to reverse Tiger Woods’ fortunes after finishing the opening day of the Quicken Loans National seven shots off the pace.

Woods’ promising approach play over recent months has been undone by his struggles on the green and that pattern didn’t stop in Maryland, despite a change in the bag.

The 42-year-old failed to make a putt beyond 10 feet and only took two of five successive birdie opportunities from eight feet or under.

Tiger went straight to the putting green after his round. pic.twitter.com/AoxFtht47Y

It left Woods having to settle for an even par 70, well adrift of joint overnight leaders Andrew Landry and JJ Spaun, who both set the pace with seven under 63s.

“I shot about the score I should have shot today,” Woods said.

“I didn’t really have anything going through the middle part of the round. I hit some poor tee shots and didn’t really give myself a chance. I have to do a better job of getting more chances.”

Landry – who won April’s Texas Open for his first PGA Tour title – sank seven birdies in a bogey-free round in the morning, before Spaun did exactly the same in the afternoon.

Billy Horschel and Andrew Putnam are one shot adrift of the lead after both shot 64, while Beau Hossler and Abraham Ancer are one further back.