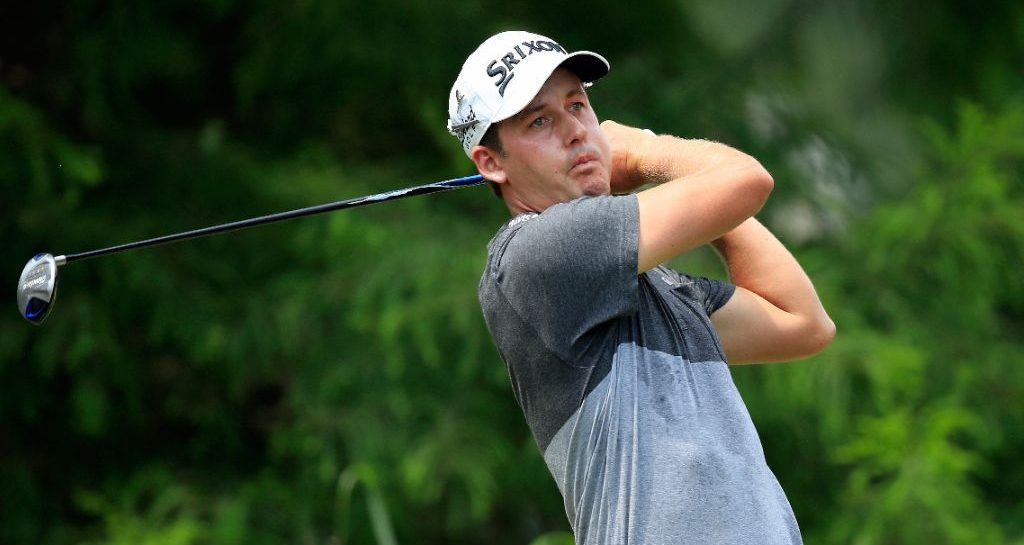 Andrew Putnam equalled the best PGA Tour round of his career to join Dustin Johnson at the top of the St Jude Classic leaderboard.

Putnam – in his fourth season on the tour – shot a six under 64 at TPC Southwind, to create a two-man race heading into the final day of the tournament.

The 29-year-old birdied four of his opening five holes before picking up another shot on the 12th with a 22-foot putt. He rolled in a final birdie putt from 17 feet at the 18th to move to 15 under overall.

Two are tied at the top in Memphis.@DJohnsonPGA and @AndrewPutnam1 separated from the pack in Round 3. pic.twitter.com/SUHvkehXhb

That saw him join Johnson in setting the pace, with the pair boasting a five-shot advantage from third place Stewart Cink.

“It’s going to feel a little different than the typical Sunday round of golf, but I’m excited for it,” Putnam said.

“I’ve earned my way here and I feel like it’s going to be a fun day. See what happens.”

Overnight leader Johnson began his round with a birdie and he grabbed another on the fifth. Although he bogeyed the ninth, the world number two responded immediately with birdies on 10, 13, 15 and 16 as he finished with a 65.

“If I go out tomorrow and play really good golf, probably going to win,” Johnson said.

Cink is not completely out of the reckoning after matching his lowest round of the year with a 64, which included a hole-in-one on the eighth. Ricky Werenski and Bryan Wesley are one behind at nine under.