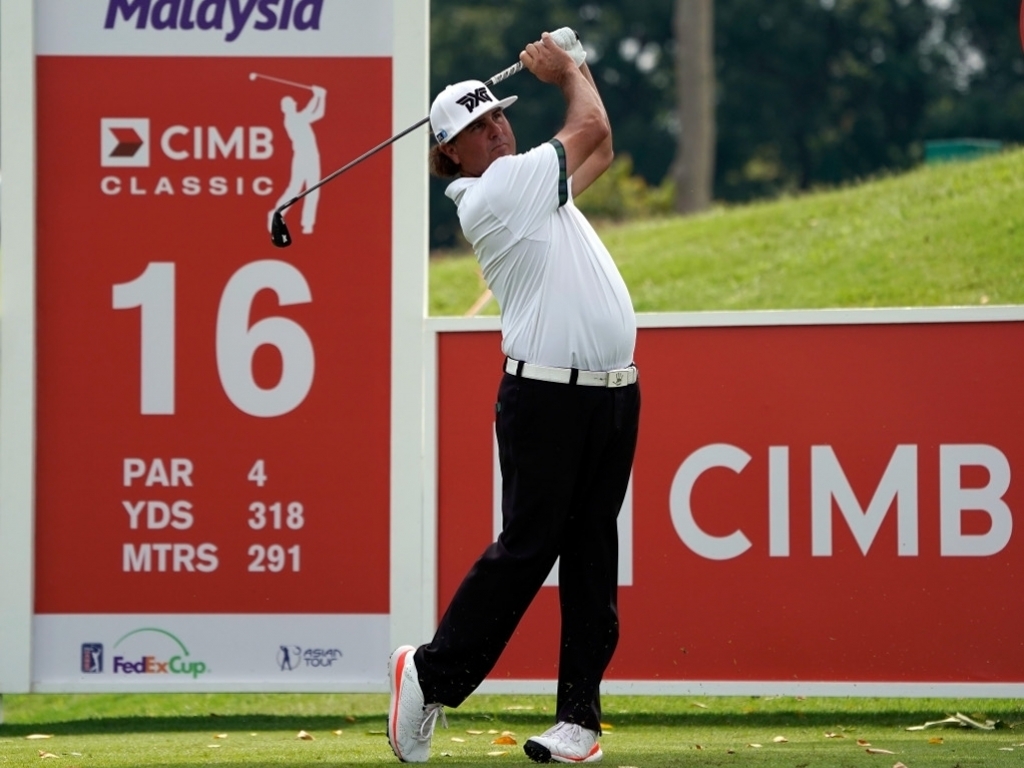 American Pat Perez fired a third round eight under par 64 under sweltering heat to extend his overnight advantage to four shots at the CIMB Classic on Saturday.

The American’s best finish at the Malaysian showpiece was a ninth-place finish at the 2012 edition. But having produced a masterclass in putting at the TPC Kuala Lumpur all-week, Perez remains well on course to become the oldest winner in the CIMB Classic at 41 years old.

Perez raced out with an outward 33 and continued his birdie blitz on holes 10 and 12 after the turn. A bogey on 13 did little to dent his title aspirations as the American would storm home with four birdies in his closing five holes.

Perez’s three-day total of 21 under par 195 means he will head into the final round of the US$7 million event in pole position with compatriot Xander Schauffele in second place after carding a 67.

A closing birdie for Pat Perez.

Korea’s Sung Kang, a one-time Asian Tour winner, returned with a 65 to take third place while Japan’s Hideki Matsuyama, who has two top-five results in the event, and Keegan Bradley of the United States are tied for fourth on 201.

India’s Anirban Lahiri staged his comeback with a 64 to move into sixth place having started his round in T23 while Thailand’s Jazz Janewattananond continued his fairy tale run with a 66 to end the day tied for seventh with Ollie Schniederjans of the United States.