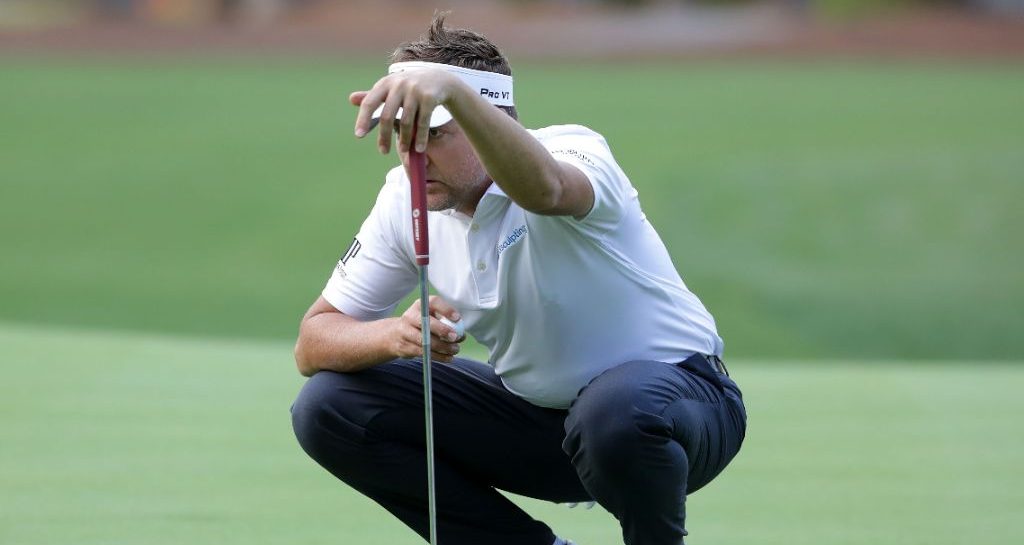 Ian Poulter put himself firmly into contention for a second PGA Tour win in the space of a fortnight after a flawless 64 on the second day of the RBC Heritage.

On a low scoring day in South Carolina, Poulter’s round of seven under moved him to nine under at the halfway point of the tournament – a shot adrift of leader Bryson DeChambeau.

Two weeks ago, the Englishman clinched a dramatic play-off win at the Houston Open, which earned him a spot in the field for last weekend’s Masters.

And Poulter rekindled that form at the Harbour Town Golf Links after rolling in a 15-foot putt for birdie on the opening hole, before three birdies in four holes on the back nine.

“After Houston, I went home, spent a day with the kids, went to Augusta on the Tuesday, made the cut, and then came straight here and had an RBC day to do,” said Poulter.

“It’s all okay because I’ve got some time off next week, so enough time to reflect and maybe have a glass of champagne or two and get up some energy.

“I’ve got a busy summer ahead, but I have a job to do here first.”

Poulter and South Korea’s Si Woo Kim initially held the clubhouse lead at nine under, with the latter sinking nine birdies in a 65, which would have been even better if it hadn’t been for a triple bogey on the 14th.

But they were overtaken by DeChambeau later in the day after he sank four birdies in five holes on his way to a 64 – his lowest ever round on the PGA Tour.

Former champion Brandt Snedeker also carded a 64, as he moved to eight under alongside Luke List, Chesson Hadley and overnight leader Rory Sabbatini.