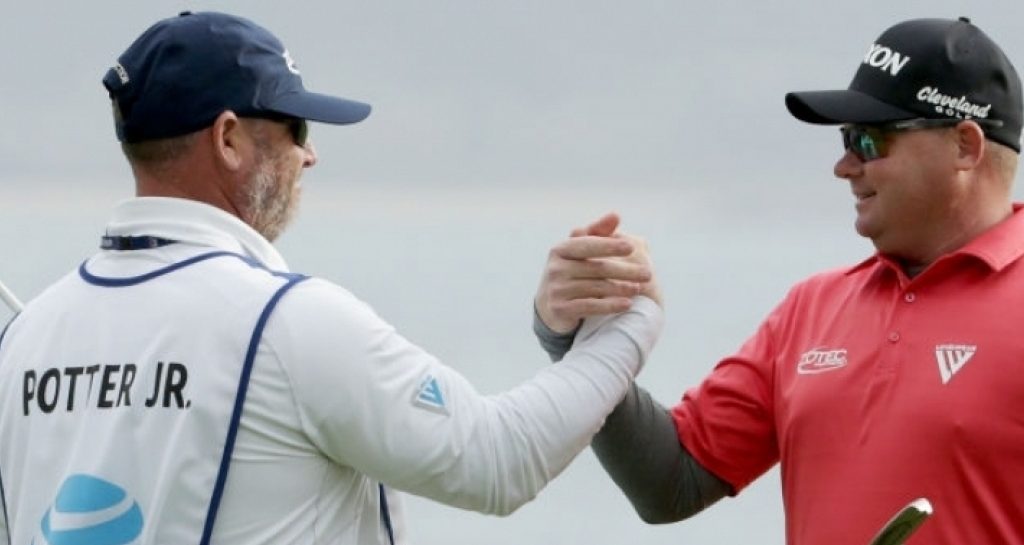 Ted Potter Jr. pulled off an unlikely victory on Sunday at the AT&T Pebble Beach Pro-Am, claiming a three-shot victory after going toe to toe with several of the world’s top golfers.

The unheralded Potter Jr. was tied for the lead with world number one Dustin Johnson going into the final round and got off to the worst possible start with a bogey on the first hole.

He recovered well though, firing four birdies on the front nine and then 11 pars to finish at 17-under par.

Johnson held the lead early on after Potter’s bogey, but an up-and-down round included four bogeys and four birdies saw Johnson fall away to finish tied for second at 14 under with Phil Mickelson, Chez Reavie and Jason Day.

The win was only the second of Potter Jr.'s career and his first since the 2012 Greenbrier Championship.

The 246th-ranked Potter Jr. will now jump into the top 80 for the highest ranking of his career.

Mickelson turned in the best round of the day with a 6-birdie 67 as he came close to his first win since the 2013 British Open.

Kevin Streelman and Larry Fitzgerald won the Pro-Am championship by a margin of seven strokes after the week on 41-under.