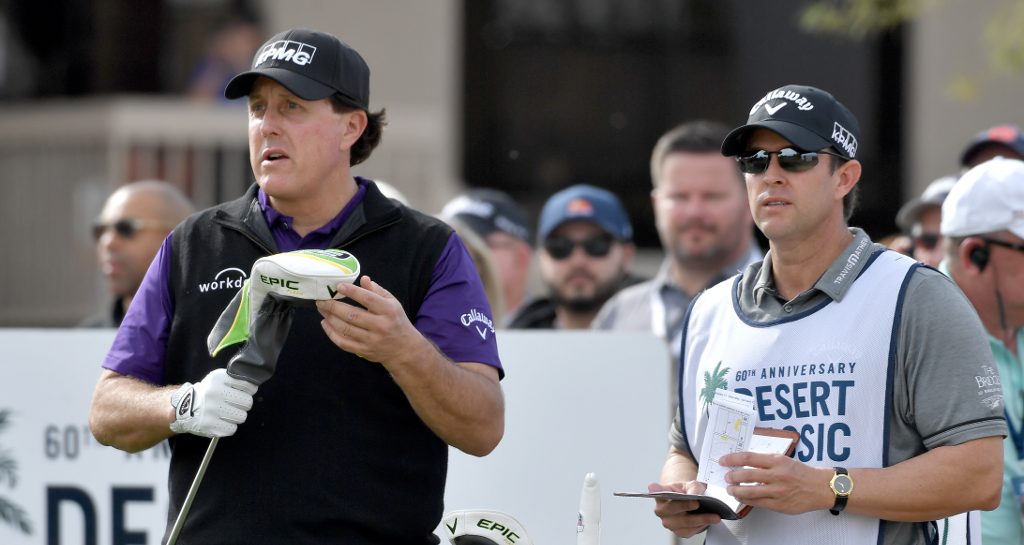 Phil Mickelson will take a two-shot lead into the weekend at the Desert Classic after following up his first-round heroics with another solid effort in round two.

Mickelson surprised everyone – himself included – by storming into the lead on Thursday courtesy of a career-low 12-under-par 60 at La Quinta, one of the three courses being used for this week’s PGA Tour stop.

On Friday, the 48-year-old moved to the more difficult Nicklaus Stadium Course, where he overcame a mid-round double bogey by birdying four of his last five holes for a for a four-under-par 68.

Mickelson’s 16-under total of 128 put him two strokes in front of Australian rookie Curtis Luck, who mixed eight birdies and two bogeys in his 66 on the Nicklaus course, and a further shot ahead of Canadian Adam Hadwin (66) and American Steve Marino (65).

Starting from the 10th, Mickelson grabbed two early birdies at the 11th and 12th, but he gave both shots back after finding the water at the par-4 ninth.

An eight-foot birdie putt at the fifth sparked a string of three straight gains and he picked up another at the ninth to grab a two-shot lead.

“I turned a round that was not very good into a respectable round,” said Mickelson.

“If you shoot six, seven-under par on the Nicklaus course that’s a good solid round,” he said. “I shot four (under) so I’ll just have to come out tomorrow and shoot six or seven (under) to make up for it.

“You just have to keep firing on all cylinders and going after birdies because this is a course where there’s going to be a lot of birdies.

“I actually felt better striking it but I didn’t putt very well today, certainly relative to yesterday where I was making everything,” he added. “But I finished strong, birdied four of the last five.

Also in the mix is defending champion Jon Rahm, who lies four shots back after posting a second successive 66 alongside Wyndham Clark (67) and Joey Garber (64).