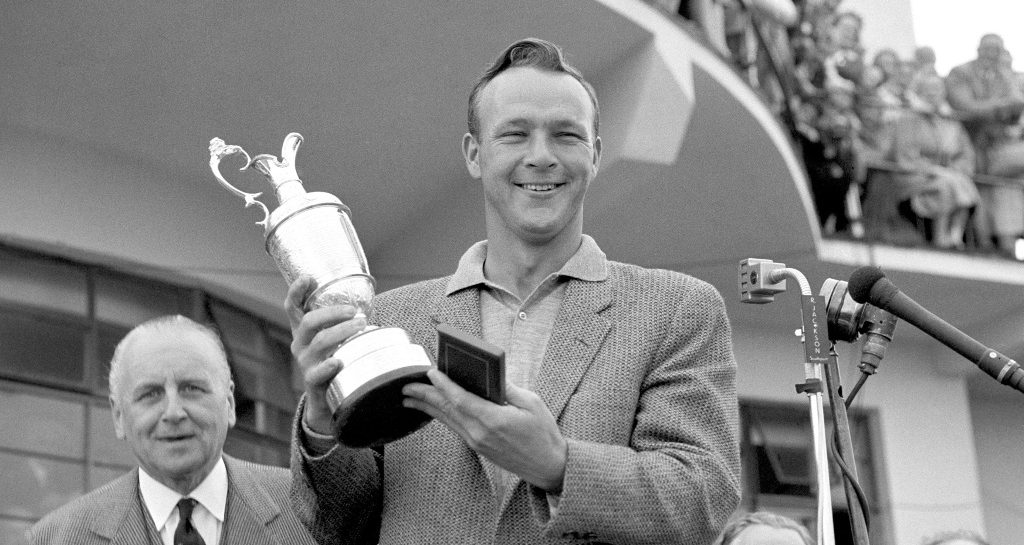 In honour of the legendary seven-time major winner, the PGA Tour’s Rookie of the Year award has been renamed after the late Arnold Palmer.

Palmer will go down in history as one of the most beloved players the game has ever produced. His immense popularity during the 60s helped draw a legion of fans to the game.

The Arnold Palmer Award will be presented to the circuit’s most outstanding rookie, as voted on by the Tour’s membership.

So cool to see @PGATOUR ROY will now receive the Arnold Palmer Award.

The first winner was Robert Gamez in 1990.

This shot had a lot to do with it! pic.twitter.com/9FDz9Fiv2g

“Arnold Palmer was golf’s greatest ambassador with his go-for-broke style of play, his charitable endeavours and his true passion and respect for the game and its fans,” PGA Tour Commissioner Jay Monahan said in a statement on Monday.

“A thumbs up, a wink, a carefully signed autograph, a thank you – simple gestures like these passed on by Mr Palmer to countless young players helped shape their character, on and off the golf course.

“The Arnold Palmer Award will now reflect those contributions in honouring the Tour’s most outstanding rookie.”

Palmer passed away in September 2016 of heart complications. He was 87 years old.

His record of 62 PGA Tour victories has only been passed by four other players.