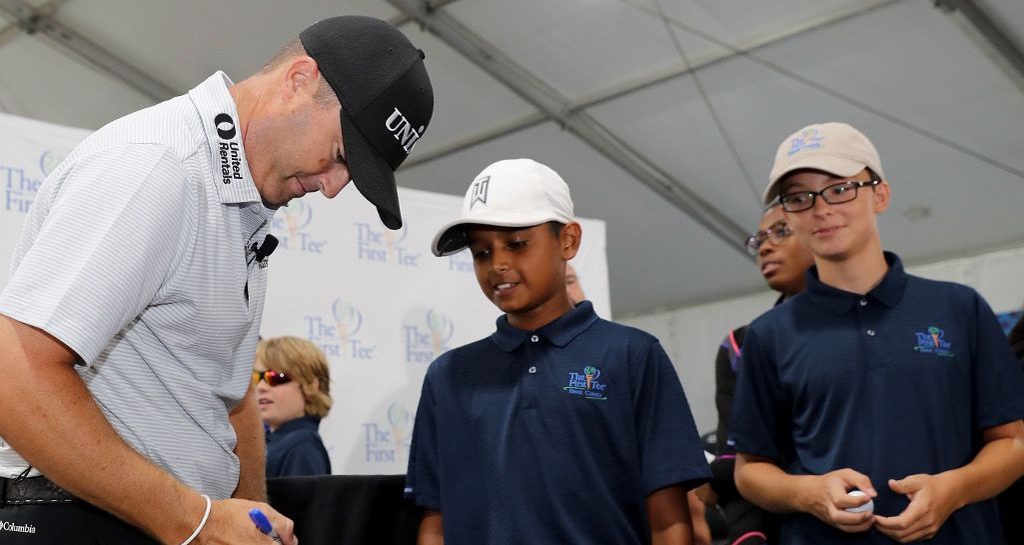 Three-time PGA Tour winner Ryan Palmer says the reason more and more golfers are passing on equipment contracts is because they don’t really need the money.

Speaking to Golf WRX, Palmer said that with the money to be made just by competing on the PGA Tour, it doesn’t really make financial sense to limit yourself to one manufacturer “just to get a couple hundred thousand more dollars”.

Palmer is hardly the only golfer to pass on an equipment deal. All three of this year’s major winners – Patrick Reed, Brooks Koepka and Francesco Molinari – have taken the same route.

As far as Palmer is concerned, it’s more worthwhile to have the freedom to pick and choose the equipment you want than be tied to an exclusive sponsorship deal.

“Well the problem today is, you’re having to sign the full bag,” Palmer said on Golf WRX’s ‘Gear Dive’ podcast.

“I mean, with TaylorMade, you’re having to sign the full staff, the ball. Titleist, full clubs, the ball. Callaway, I mean, Callaway will get you in a driver deal. TaylorMade doesn’t have anymore driver deals out there. Ping is obviously full staff, full clubs. So it’s just, guys, are not wanting to sign away every club in their bag. I mean, for me, I got an Odyssey putter, Vokey wedges, Srixon irons, TaylorMade woods.

“You know, honestly, some of the contracts aren’t worth what the money we’re playing for. That’s the way I’ve always looked at it, the last few years, and, I’d rather take the clubs I’m comfortable with and have confidence in than going out there with something I’m not used just to get a couple hundred thousand more dollars.

“I think these young guys today, come out here, and then they leave the Web, and then automatically, ‘Who can I sign with, where can I sign?’ They’re getting bad advice, from a lot of, from the people giving them advice, you know? There’s people out there trying to make a buck off them. They think, ‘Here sign this deal with this company, this club company, because somebody on the outside is getting an extra kickback’.

“Guys don’t realise, you sign a $400,000 contract with whoever… go finish top 10 twice, and you’ve made it, you’ve made that money. So it’s almost, that’s my approach, and, you know, Mike Chisholm, my manager, close personal friend of mine first, but, we talk about it all the time. And, to me, and he knows, there’s more money to be won on the golf course then there is off the golf course when it comes to equipment.”