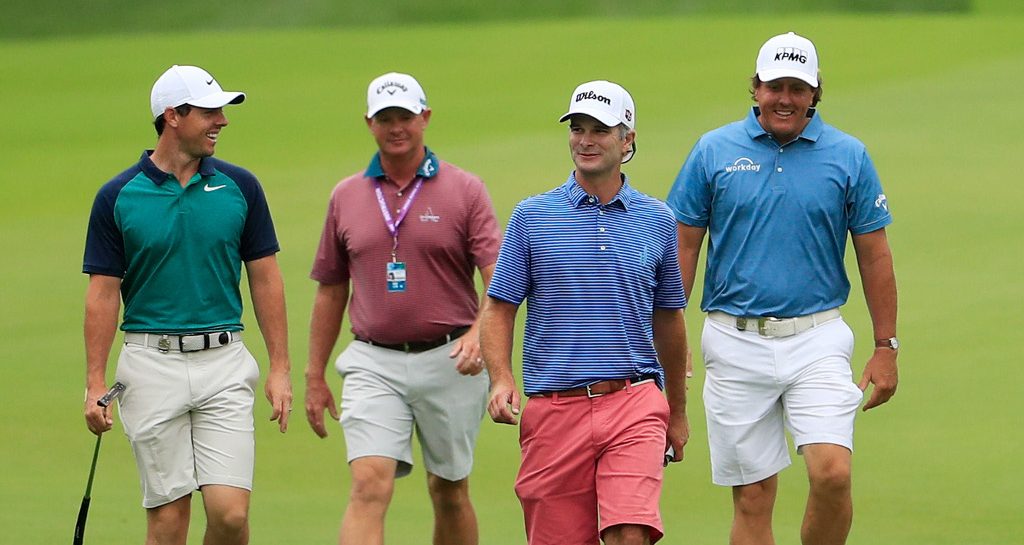 PGA Tour pros will soon be putting their shorts on one leg at a time following the news they will no longer be obligated to wear long pants for practice and pro-am rounds.

The change, effective immediately, applies to all tournaments operated under the PGA Tour umbrella across six tours.

The rule further stipulates that shorts must be knee-length, tailored and neat in appearance. Compression leggings worn under shorts must be solid in color.

Long pants will remain required for all official competition rounds.

⚡️ PGA TOUR players can now wear shorts in practice and pro-am rounds … and they're so excited 😂https://t.co/e405zZItRc

“It makes the guys a lot more comfortable,” four-time major winner Rory McIlroy said when asked about the issue before adding with a smile, “I don’t think there’s anything wrong with professional golfers showing the lower half of their leg.”

Tiger Woods also revealed during an interview last year that he would welcome the option of wearing shorts for practice rounds.

“I would love it,” he said. “We play in some of the hottest climates on the planet. We usually travel with the sun and a lot of our events are played in the summer.”

PGA Tour caddies, who often have to lug around heavy golf bags in very hot weather, were first allowed to wear shorts during competition days in 1999.