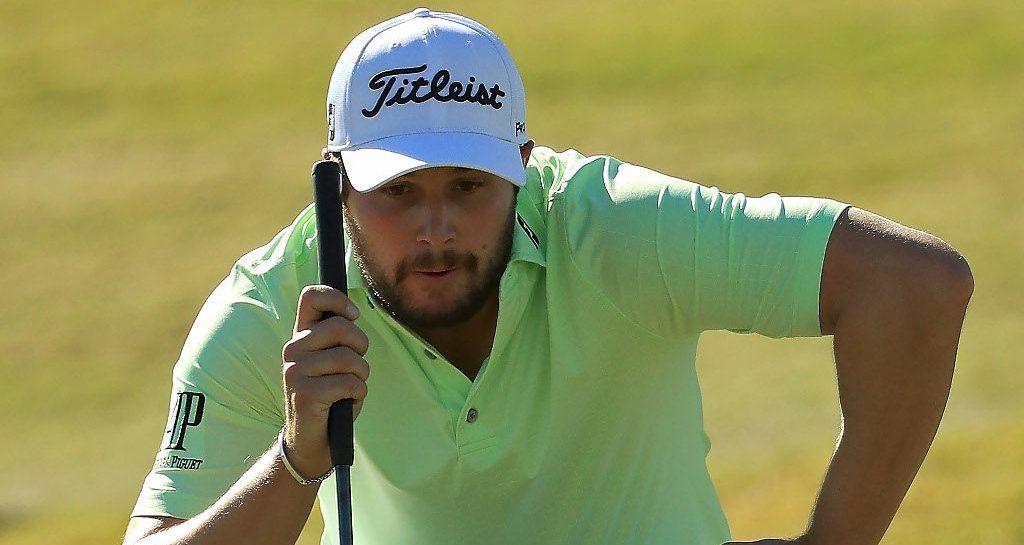 Peter Uihlein birdies five of his last seven holes to grab a two-shot lead at the Shriners Hospitals For Children Open on Friday.

The American, who led by one shot overnight, took his total to 13 under par after following his opening 63 with a five-under-par 66 in the second round at TPC Summerlin.

Robert Streb and Whee Kim were tied for second two shots back, one ahead of Bryson DeChambeau, Abraham Ancer and Harold Varner.

Three in a row for @PeterUihlein. 🐦🐦🐦

Kevin Tway follows at nine under, with Jordan Spieth following in a tie for eighth a further stroke back after following up an opening 66 with a 68.

The day belonged to Uihlein, however, who was level par through his first 11 holes before going on a birdie blitz and playing his last seven holes in five under.

Nevertheless, he’s taken nothing for granted heading into the weekend.

“I think we still have 36 holes,” Uihlein said. “There is a lot of golf left. I’ve heard it could be windy tomorrow, so that could be challenging.”

Play @ShrinersOpen was suspended due to darkness.

Uihlein said he definitely had an affinity for TPC Summerlin.

“I just like it. There are a lot of holes that set up well for me. A lot of just good sightlines with some good bunker placements. My distance control with my irons has been very good this week, so I’ve been able to have a kind of more stress-free two days.”

Uihlein has never won on the PGA Tour, but did win the Madeira Islands Open on the European Tour back in 2013. He also won the Web.com Tour’s 2017 Nationwide Children’s Hospital Championship.