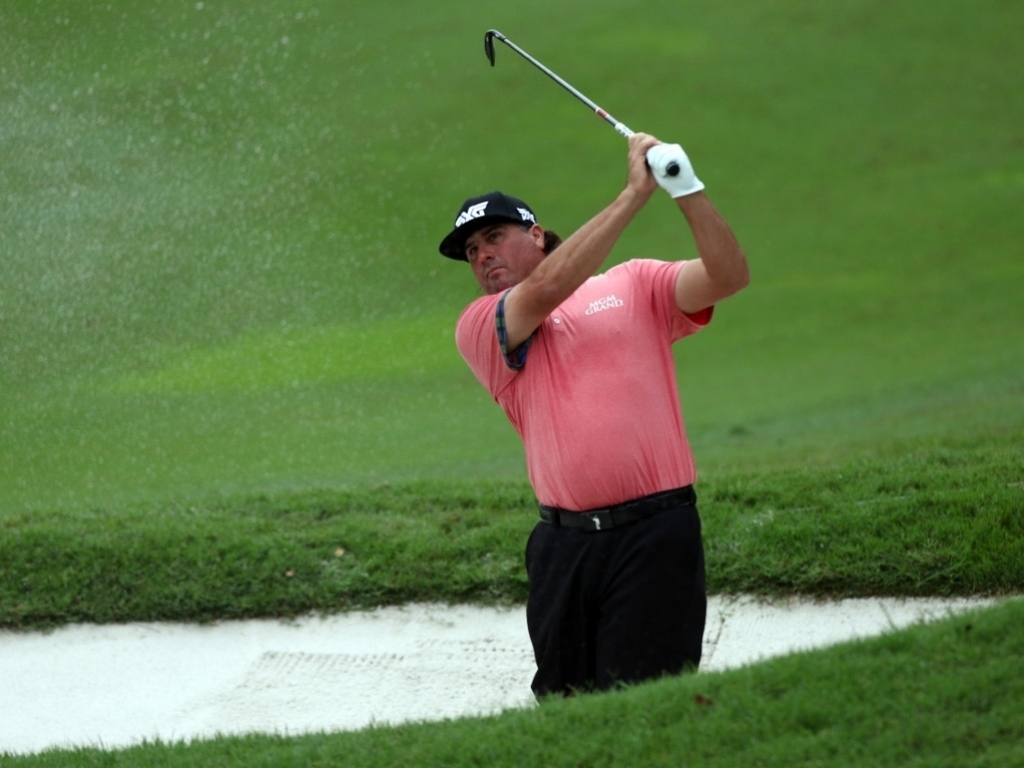 Pat Perez took advantage of the cooler conditions by firing a superb seven-under-par 65 to seize the second round lead at the $7 million CIMB Classic on Friday.

The American turned in 35 but benefited from a three-hour 40-minute thunderstorm by shooting six birdies on his homeward nine to lead on 13-under-par 131 at the TPC Kuala Lumpur.

Xander Schauffele, who was voted the 2016-2017 PGA Tour Rookie of the Year, eagled the par-three fifth hole from 27-feet to stay a further shot back following a 67 in the event sanctioned by the Asian Tour and PGA Tour.

Sung Kang (68) of Korea, a winner on the Asian Tour, overnight leader Cameron Smith (71) of Australia and Thomas Pieters (67) of Belgium shared third place on matching 135s to lie four shots back of the lead.

The 41-year-old Perez bogeyed his third hole but recovered with birdies on 13 and 14. He made a charge on his back nine with four straight birdies from the second hole and closed with two birdies to move to the top of the leaderboard.

After winning the TOUR Championship three weeks ago, Schauffele is in contention for another victory in his maiden appearance at the CIMB Classic.