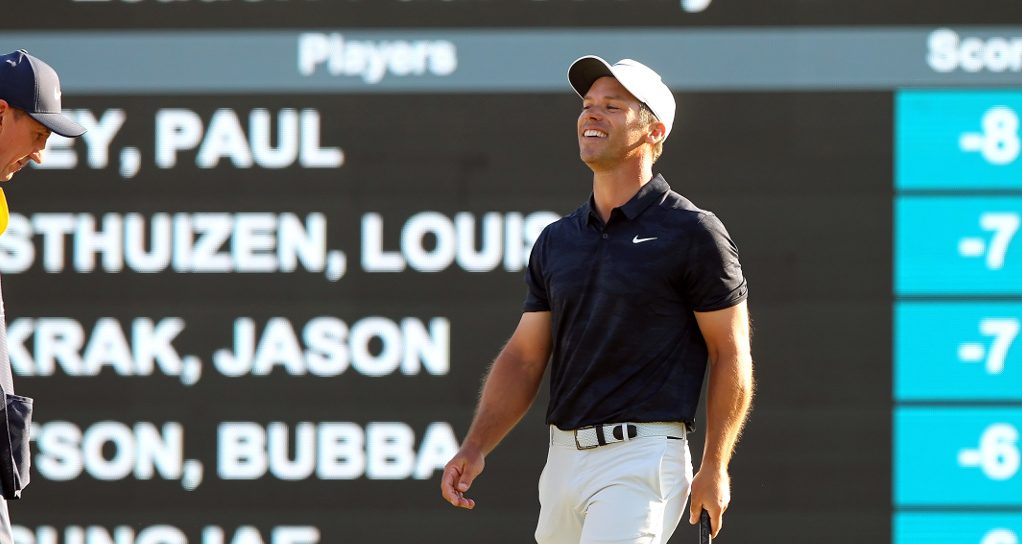 Englishman Paul Casey held off South Africa’s Louis Oosthuizen and American Jason Kokrak for a one-stroke victory at the Valspar Championship in Florida.

It’s the first time in his career he has managed to defend a title, although he did win the Abu Dhabi Golf Championship three times in the space of two years between 2007 and 2009.

There were some nervy moments for Casey after he bogeyed the par-3 17th at Innisbrook Resort’s Copperhead course, but a solid two-putt from 22 feet at the last ensured he finished one stroke clear of Oosthuizen and Kokrak.

Casey’s final round 72 was far from his best this week, but the 41-year-old managed to get it done despite a topsy-turvy round that included four birdies and five bogeys.

“Today wasn’t easy but it felt very different since winning last year,” Casey said. “That felt like my first victory. Since then, new confidence. I’ve felt like a totally different player.”

Oosthuizen closed with a 69 to finish one stroke back alongside Kokrak, who had a 71.

Johnson was in with a shout of victory but a final-round 74 was never going to get the job done. It was the first time in 14 round he failed to break 70.

Another interesting stat from the last month or so on the PGA Tour is that it’s the first time in seven years that European players have won three consecutive PGA Tour events, after Northern Ireland’s Rory McIlroy won The Players Championship last week and Italy’s Francesco Molinari claimed the Arnold Palmer Invitational two weeks ago.