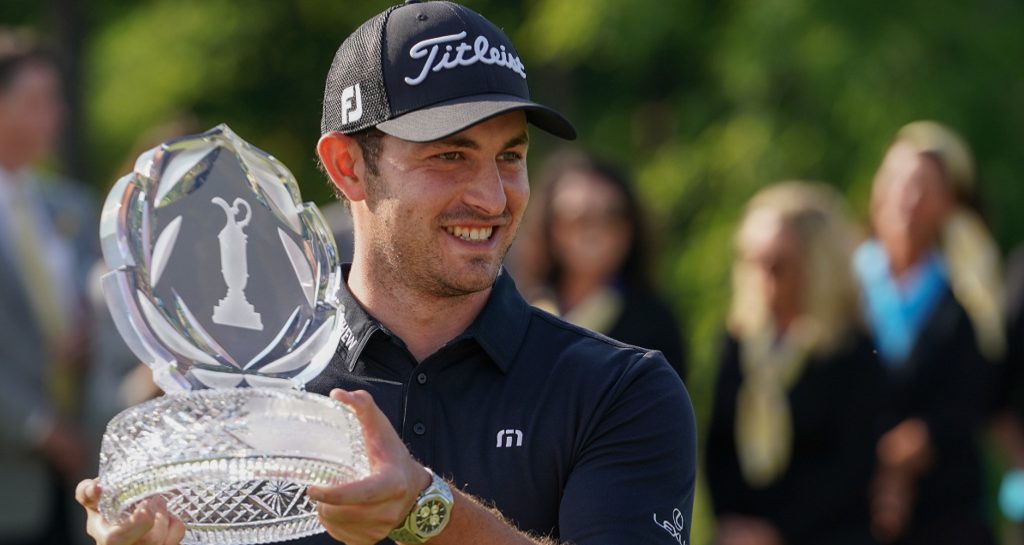 Patrick Cantlay captured only the second PGA Tour title of his career after closing out a two-shot victory at the Memorial Tournament.

The 27-year-old American, who also finished tied-third at the PGA Championship last month, outplayed all of his rivals by firing eight birdies in a bogey-free 64 at Muirfield Village in Dublin, Ohio on Sunday.

Cantlay was four strokes off the pace at the start of the day, but his final round – the best by a winner in the history of the Jack Nicklaus-hosted tournament – proved too hot to handle, as he finished two strokes clear of the pack on 19 under.

Overnight leader Martin Kaymer’s bid to end a five-year victory drought ended in disappointment, as a final-round 72 left him in third place, four strokes back.

Second place ultimately went to Australian Adam Scott, who closed with a four-under 68.

Cantlay, whose career was nearly derailed by a serious back injury not too long ago, revealed afterwards that 18-time major champion Nicklaus had given him some advice on how to close out tournaments.

Advice from @JackNicklaus paid off in a big way for Patrick Cantlay on Sunday.#LiveUnderPar pic.twitter.com/YycMqxX9sm

“He said just to relax and have fun, and look around and see all the people having fun and try and smile and just have a good time with it,” Cantlay said. “That’s why you’re there and I definitely felt like that today. I felt at ease.”

Cantlay’s only previous title on the PGA Tour came in 2017 when he won the Shriners Hospitals for Children Open.

Meanwhile, Tiger Woods posted his best round of the tournament, a five-under 67, to secure a top-10 finish on nine under.

"The things that I was working on … materialized this week."