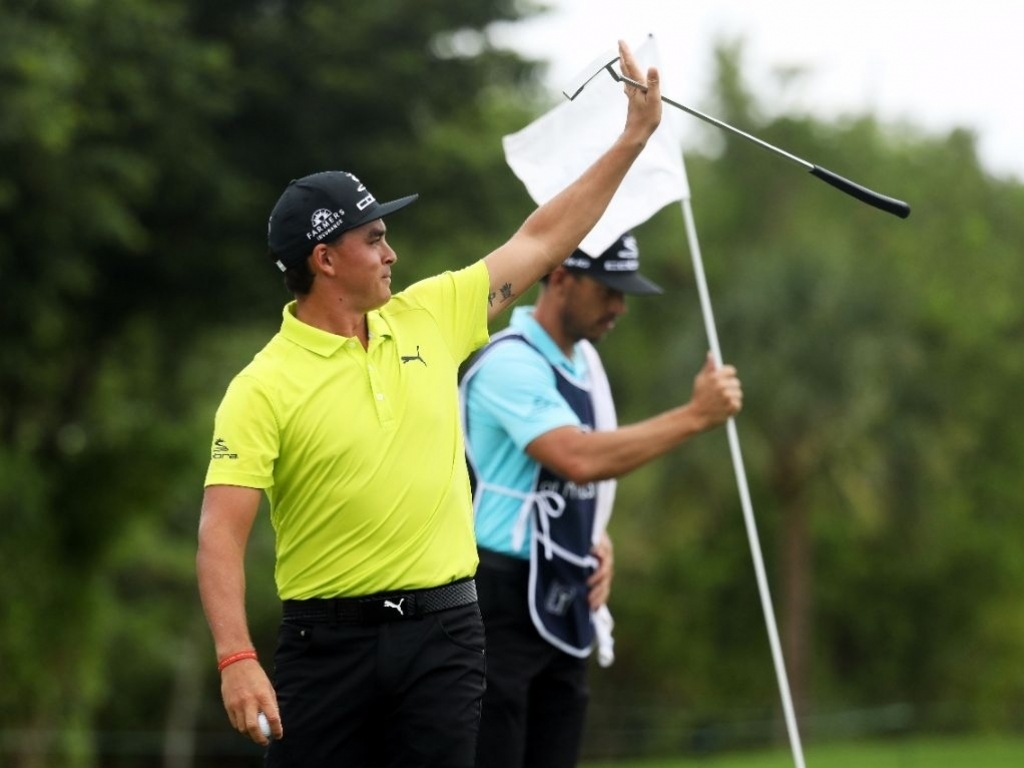 Contenders at the OHL Classic at Mayakoba face a 36-hole Sunday after rain scuppered much of the third day’s play in Mexico.

Rickie Fowler, Patrick Roberts and Patton Kizzire will go into the final day of the tournament with a share of the lead at 10 under.

However, they are only halfway through their four rounds after a five hour rain delay restricted play on Saturday to finishing the weather-affected second day.

Fowler finished his second round with a four under 67 after saving par with a bunker shot on the 18th, while Rodgers scored a 65 after his first bogey of the tournament on 65.

Kizzire hasn’t taken to the course since Friday, when he reached the 36-hole mark.

"We deal with weather every once in a while on the PGA Tour, around the world, really," said Fowler.

The forecast for Sunday is not a good one, with major doubts over whether the leaders will be able to squeeze in two rounds.

But after being away from the game for five weeks, Fowler is simply glad to be playing again – regardless of the circumstances.

He added: "There were only two rounds last week when I was playing at home that were consecutive.

“All the other ones were spread out. It was never far off, so I was looking forward to getting down here.”