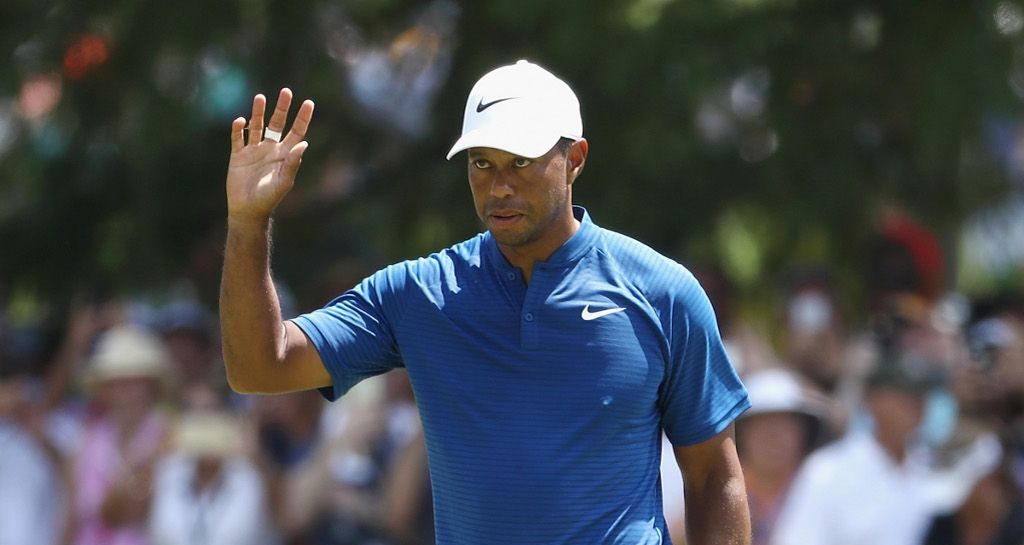 Golfing legend Jack Nicklaus believes Tiger Woods’ game is looking better than ever following a return to form in 2018.

Woods got back into the winners’ circle for the first time since 2013 in the FedEx Cup finale at the TOUR Championship, where a new kind of Tiger Effect had the East Lake galleries humming.

The victory capped off a comeback year for Woods, who has endured a myriad of injuries and underwent four back surgeries.

Nicklaus leads the major championship tally with 18, four clear of Woods. So anytime the GOAT talks about those snapping at his heels, we take note.

“I think his swing is much better now than it ever was,” the 78-year-old told Golfweek.

“The reason for that is Tiger was very much up and down with his head and I think that put a lot of pressure on his back. The fusion that he had, obviously was something he didn’t want but it was something he needed. I didn’t think he would ever play golf as well as he’s playing.

Nicklaus was speaking at the PNC Father/Son Challenge in Florida over the weekend, where he played with his grandson G.T. The duo would finish in sixth, but the Golden Bear showed he’s still incredible on the dance floor. The green one, probably not the glitter-ball one…