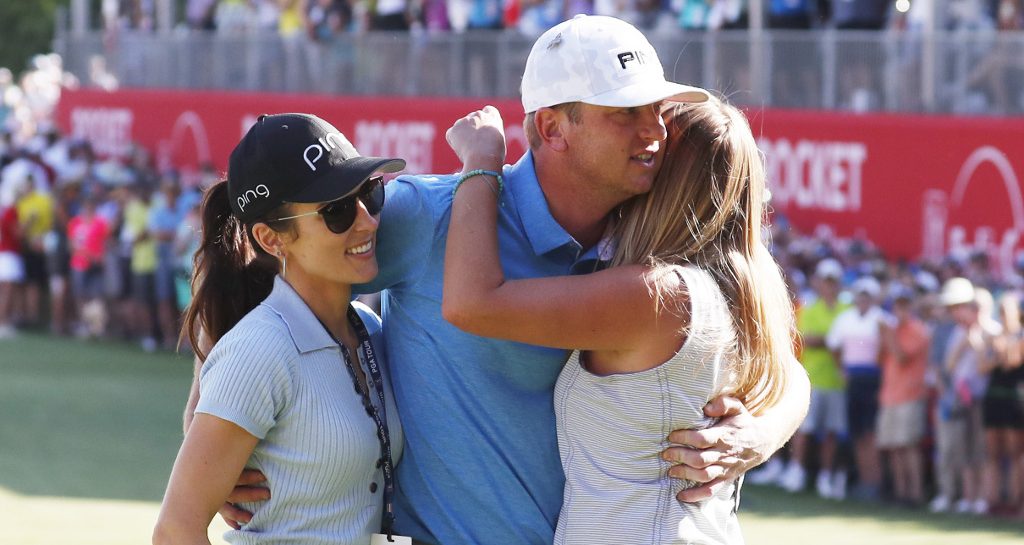 Nate Lashley, who overcame the tragic deaths of his parents and girlfriend in 2004, clinched his maiden PGA Tour title at the Rocket Mortgage Classic on Sunday.

The 36-year-old, who only entered the event as an alternate, led from start to finish at Detroit Golf Club, sealing an emphatic six-stroke win with a final-round two-under-par 70.

Lashley first put himself in the driving seat with a first-round 63 on Thursday, and opened up a big lead over the rest of the field when he managed to shoot the same score in Saturday’s third round.

All that was left on Sunday was to not throw it away, and a four-birdie-two-bogey round was just what the doctor ordered, as Lashley finished with a 25-under 263 total to cruise to the most comfortable of maiden wins.

“Just really emotional right now,” said Lashley, who was ranked 353rd in the world at the start of the tournament. “Just really thankful I got into the golf tournament. Winning on the PGA Tour is just a dream come true and I’m just glad I got it done today.”

For Lashley, who also earned a place in the Open Championship later this month with the victory, it marked an amazing high point after serious tragedy struck in 2004 when both his parents and his girlfriend died in a plane crash while flying home from watching him play in a tournament.

In their memory. ❤️

Fifteen years after his parents died in a tragic plane crash, #KornFerryTour alum @NateLashley is a @PGATOUR winner @RocketClassic!#LiveUnderPar pic.twitter.com/rRVpk6meiP

As he sank the winning putt on 18, an emotional Lashley was congratulated by his sister Brooke Lashley and current girlfriend Ashlie Reed.

“Having my friends and family here, so many of them flew in, I’m just ready to go celebrate with them,” Lashley said.

“It’s huge when you win. You get two years. You get all of this confidence going. You get to play in the (2020) Masters. I couldn’t be more happy right now.”

Even putting aside Lashley’s personal tragedy, his victory on Sunday was a remarkable one, coming as it did at the age of 36, and after his brief PGA Tour career was derailed by a knee injury that caused him to start the 2019 season on a minor medical extension, just one year after he finally gained his tour card.

Following the tragic loss of his loved ones, Lashley turned away from golf and briefly sold real estate before changing his mind and reigniting his dream, though it was a long journey back to the top.

It took many years for that decision to pay off as handsomely as it did in Detroit on Sunday, and it’s safe to say not a soul would begrudge Lashley all the success in the world after what he’s had to overcome to get there.