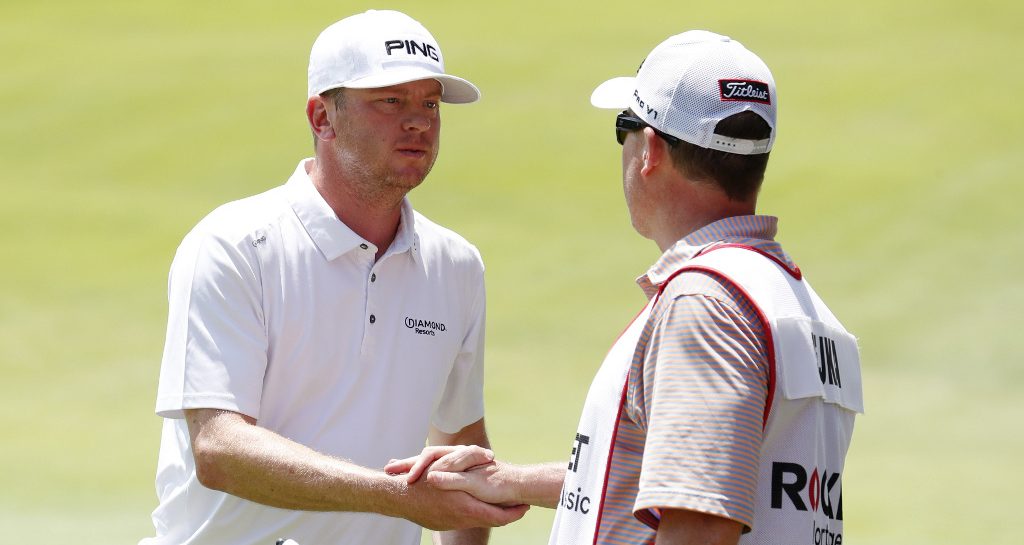 He only made the field as an alternate, but that didn’t stop Nate Lashley from firing a 63 to take the first-round lead at the Rocket Mortgage Classic.

Lashley tried and failed to qualify for a spot in the field earlier this week, but his decision to stay in Detroit and hope a spot opened up in the field paid off in spades.

The 36-year-old, who started the 2019 PGA Tour on a minor medical extension after suffering a knee injury in his rookie season last year, fired nine birdies in a bogey-free round of 63 – the best of his PGA Tour career – to earn a one-shot lead over fellow Americans Nick Watney and Ryan Armour.

⛳️ @NateLashley got in the field @RocketClassic as an alternate on Wednesday.

“Hopefully, can play well this week and continue to play well and lock up my card,” said Lashley.

“I’m entering the week as if I didn’t win last week,” Reavie said. “I’m out here grinding as I do every week and looking forward to the challenge. I like old-school golf courses. I like being able to work it off slopes on the greens.”

World No 2 Dustin Johnson, meanwhile could only manage a one-under 71, while US Open winner Gary Woodland had a 73.

“I definitely didn’t get prepared as much as I like to, but that’s no excuse,” said Woodland, who nearly holed out from the fairway at the last.

Johnson had two double-bogeys on his card after a wayward day from tee to green, but did wow the galleries with a late chip-in from the rough.

“I think come out (Friday) morning and shooting a good score, I’ll be back in the tournament,” he said.