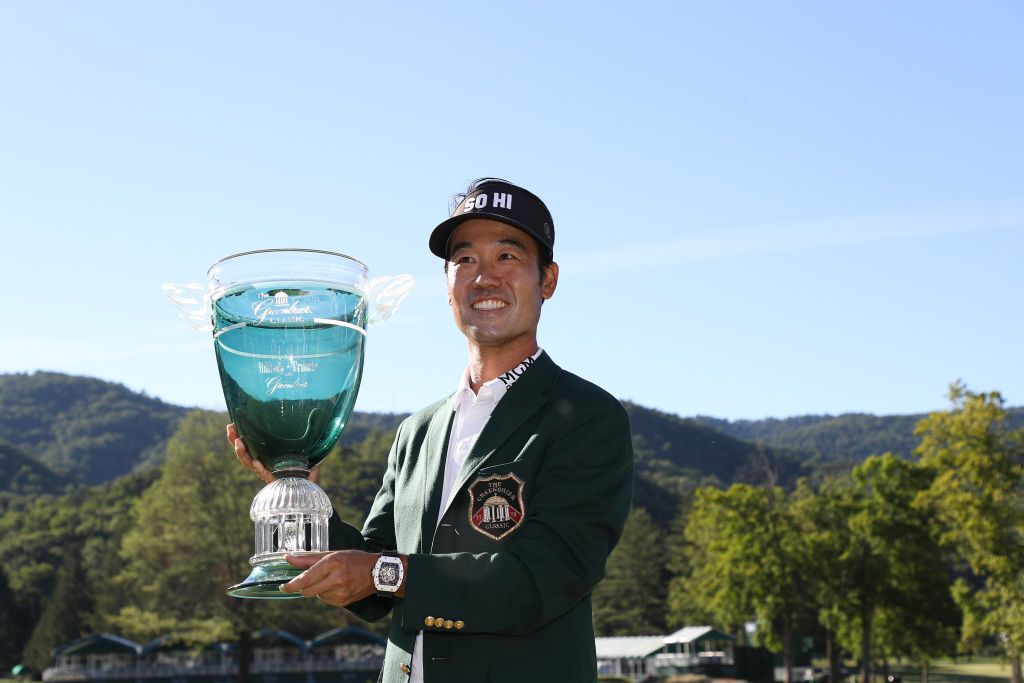 Kevin Na claimed a first PGA title in seven years with a dominant five-stroke victory at the Greenbrier Classic in West Virginia on Sunday.

The 34-year old Korean-born American bagged six birdies in seven-holes during the final round as he carded a six-under par 64 at West Sulphur Springs to finish well clear of overnight joint-leader Kelly Kraft.

Kraft birdied the last for an even par 70 and solo second place ahead of compatriots Brandt Snedeker and Jason Kokrak.

Austin Cook finished tied for fifth place, with all five players earning a qualification spot for the upcoming Open Championship at Carnoustie.

It ended a long barren spell for Na, whose last victory on tour came back at the 2011 Shriners Hospitals Open.

“I never knew when the next one was going to come,” said Na afterwards. “It’s a really sweet one today, especially with how I played and finished and won by a big margin.”

Na started the day a shot behind co-leaders Kraft and Harold Varner III, but surged out in front as he birdied six of seven holes beginning at the fourth.

His spectacular run ended with a bogey at the 11th, but another birdie at 16 was enough to see him home with lots to spare.

Varner III fell away with a 72 to finish tied for fifth.