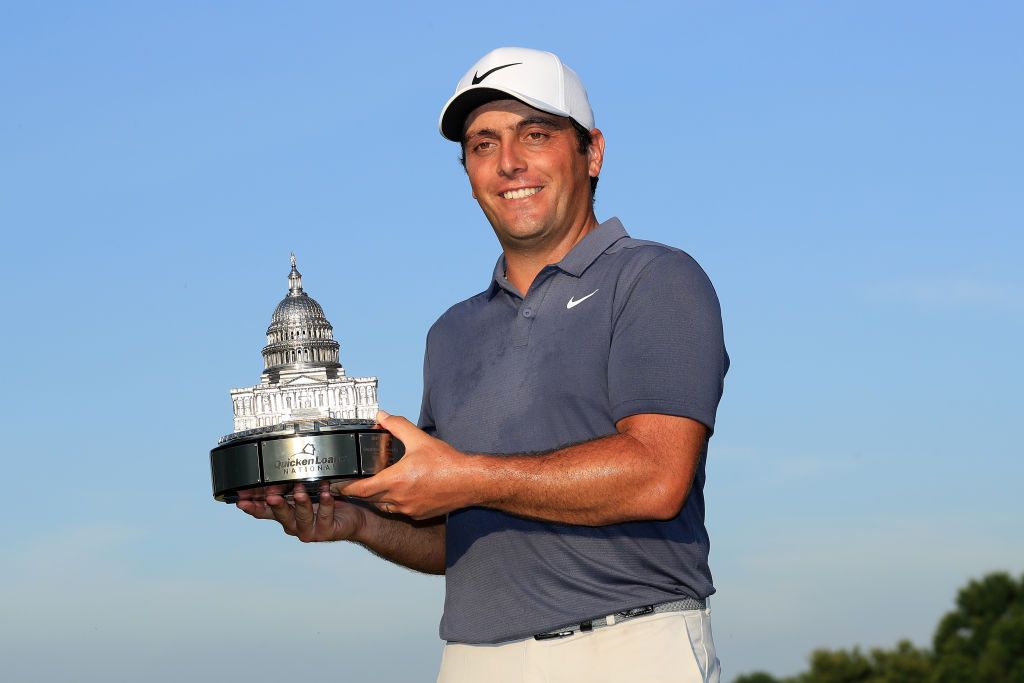 Francesco Molinari fired a sensational final round 62 on Sunday as he cruised to a maiden PGA Tour title by eight-strokes at the Quicken Loans National.

Molinari made six birdies and an eagle at TPC Potomac to record a tournament record-low of 21 under par and become the first Italian to win on the PGA Tour in 71 years.

Ryan Armour (68) finished way back in second place on 13 under, with Korea’s Sung Kang (64) in third a shot further back.

Tiger Woods completed a decent weekend with a 66 to end up 10 strokes back in a share of fourth place.

The first Italian to win on the PGA TOUR since 1947.

Starting the day tied for the lead, Molinari began to pull away with birdies at the second and sixth holes, but it was after the turn when he sealed the deal as put together a remarkable run that saw him pick up six shots in just five holes.

A huge 50-foot eagle putt at the 10th started the run, before birdies as the next four holes saw him stretch his lead to set up a comfortable finish.

Woods, who changed his putter this week, holed successive birdies from over 20 feet at the seventh and eighth as he achieved his second-best finish on tour this season.

But it was Molinari who was left to take the plaudits as he equalled Dustin Johnson for the largest winning margin on tour this season.

“Amazing, amazing. I still haven’t realized what happened today,” he said afterwards. “It was a lot easier than I thought. I played great. The start of the back nine was incredible. Really proud of what I’ve done, and I hope a lot of guys back home are watching tonight.”