Molinari finishes with a flourish, as Woods falters 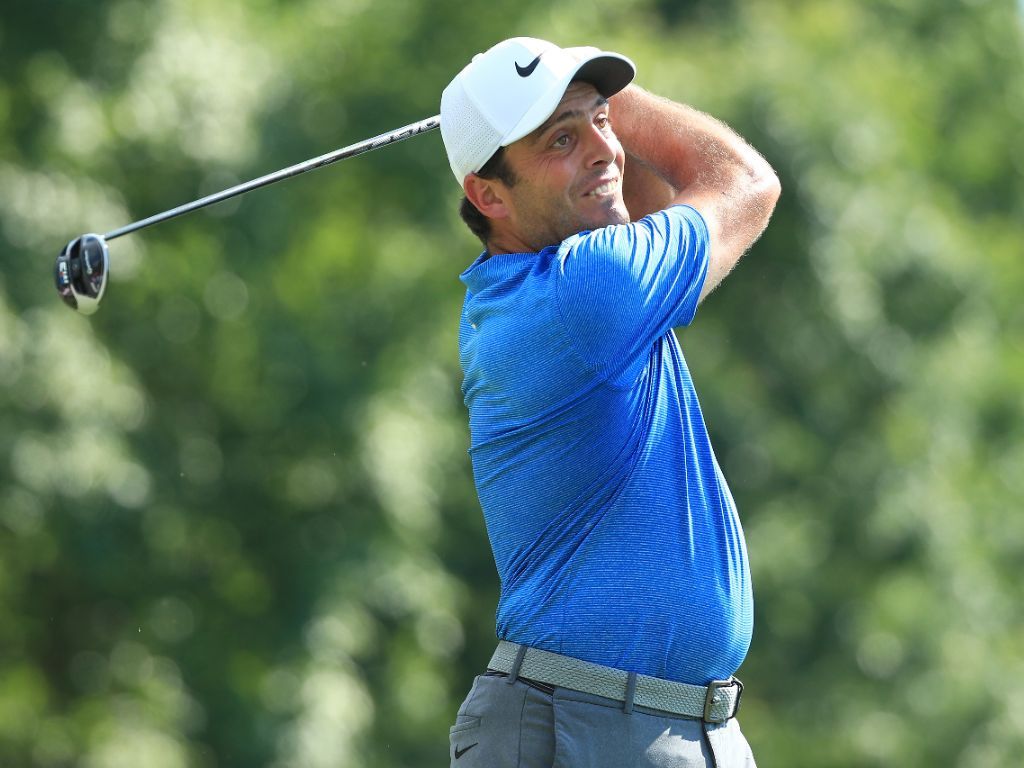 Francesco Molinari joined Abraham Ancer at the top of the Quicken Loans National leaderboard after Tiger Woods slipped out of contention.

Molinari posted a second successive 65 at TPC Potomac after birdies on his final two holes saw him moved to 13 under, alongside Mexico’s Ancer.

Ancer had enjoyed the best round of the day with a stunning 62, but a strong finish saw Molinari join him in setting the pace.

.@F_Molinari talks about his chances on Sunday after shooting a 5-under 65 in Round 3 @QLNational. https://t.co/2tcphLjHT9

“I did a good job today,” Molinari told Sky Sports.

“I think I left two or three putts out there but I made a couple of longer ones, so another good round.”

Ancer sank birdies on four of his opening seven holes and then picked up more shots in his blemish free round on 10, 14 and 16, before sinking a 10 foot putt at the last to equal the course record.

Molinari was a shot off the pace heading into the day, but fired in from 20 feet for a birdie on the opening hole. He missed several opportunities for birdies on the back nine, but then putted from 28 feet on the 17th before another birdie at the last.

The pair lie two shots ahead of Zac Blair and Ryan Armour, while Andrew Landry is at 10 under.

But Woods looks to have fallen out of contention after a two under 68 left him six shots off the lead.

Although Woods picked up four successive birdies from the fourth, there were bogeys on the first, eighth, 13th and 18th.