Mickelson shoots lowest round of career to lead Desert Classic 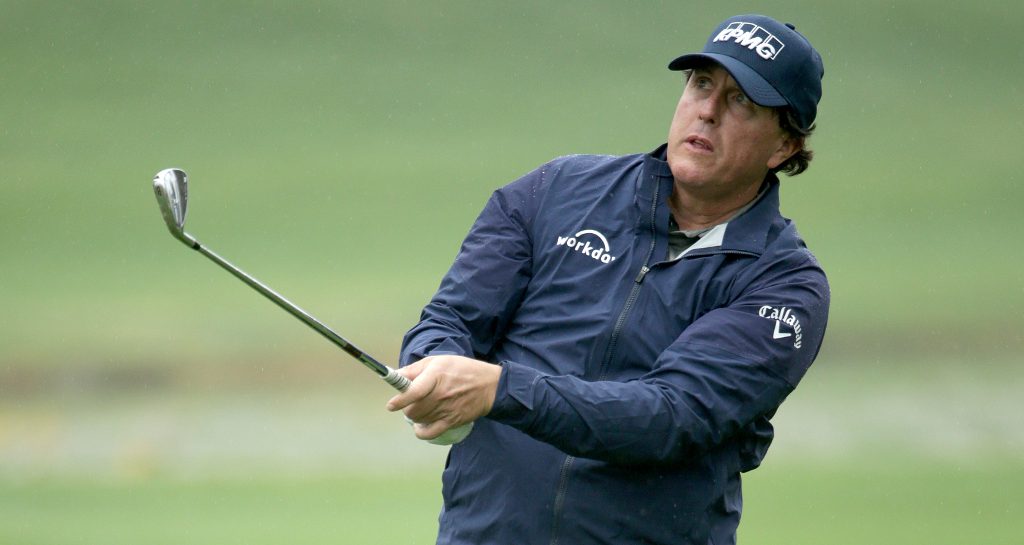 Phil Mickelson could hardly have asked for a better start to the year after grabbing a three-shot lead at the Desert Classic thanks to a stunning 12-under-par 60.

It was the lowest round of the 48-year-old veteran’s career.

Mickelson carded 10 birdies and an eagle in a bogey-free round at La Quinta – one of three courses being used for this week’s PGA Tour event along with the Nicklaus Tournament Course and the host Stadium Course – to finish three strokes clear of the chasing pack.

Not a bad way to start 2019, huh?@PhilMickelson shot 6️⃣0️⃣ in the first round of the @Desert_Classic.
#MustSeeMomentspic.twitter.com/sAwF5eU8IQ

“I didn’t think this was going to be a day I would go low,” said Mickelson. “I came with low expectations.”

“I haven’t had a lot of time to practise and prepare but sometimes you have days where it clicks and the bad shots I hit I got away with.”

He later tweeted: “The rust came off pretty quick and easy. Nailed it. Look out 2019!”

A 59 was definitely on the cards for the left-hander after he found himself eight-under through just 11 holes. He ended up needing birdies at 17 and 18 for the 59 but his birdie effort at the 17th slid by.

“I was giving it all I had and I had a good chance,” Mickelson said.

“On 17 I hit a nice tee shot in a good spot to kind of hook a sand wedge into that back right pin for me. And I hit a good shot, I had 18 feet though,” he said. “I should have hit that closer, but still had a good chance to make the putt.”

World No 1 Justin Rose made his 2019 debut with his new Honma club and opened with a four-under-par 68.