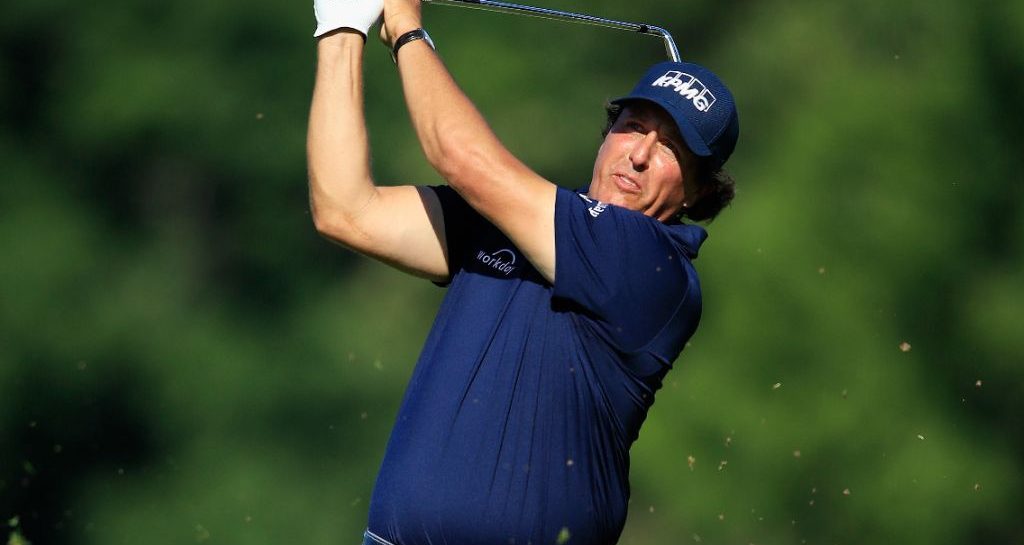 Phil Mickelson matched his best opening round of the season after finishing the first day of the FedEx St Jude Classic just one shot off the lead.

Mickelson shot a four under 66 on the opening day in Memphis to lie on the heels of surprise leader Seamus Power, along with 10 other players, including Steve Stricker and reigning US Open champion Brooks Koepka.

The 47-year-old carded three birdies, an eagle and a solitary bogey, as he found some timely form ahead of next week’s US Open.

“Oh, it was a great start for me,” Mickelson said.

“I had a nice little stretch there in the middle where I went birdie, eagle, and I was able to finish it off with some pars after some poor tee shots.

“It’s a good start. It’s not like you’re trying to win the tournament on Thursday. But it’s nice not to put myself too far behind so I’m playing catch-up. So another good round tomorrow will put me right in it for the weekend.”

World number 345 Power was the unlikely pacesetter at five under after three birdies in his first five holes, along with a bogey at the fourth. The end of his round proved to be equally eventful after birdies on 11, 16 and 18.

“I played here last year and it kind of suits my eye, so I kind of feel good going out,” said Power, who finished in joint 27th in 2017.

A group of 10 players are two adrift of Power at three under, including world number two Dustin Johnson.

Birdie from the water?! 💦