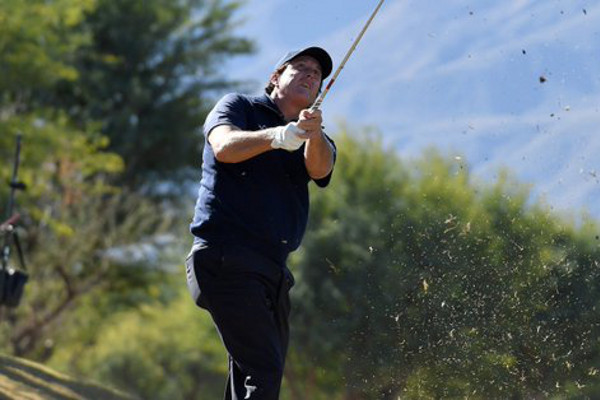 Phil Mickelson continued to roll back the years on Saturday, when he carded a 6-under-par 66 to secure a two-shot lead after 54 holes at La Quinta.

The 2017 Valspar Champion drained four birdies on his walk back in. That was in addition to the three birdies that he carded on the front nine. Hadwin never recorded one blemish during Saturday’s round.

Mickelson split his birdies evenly between the front and back nine. The five-time Major champion last won at the WGC-Mexico last year – where he showed definite glimpses of the player he once was. Among those birdies was a 36-footer.

He won that tournament in a play-off against Justin Thomas, which reinforced the perception that he knows how to close out a final round when the situation demands it. A gambling man or just an ordinary golf fan would fancy Mickelson’s prospects of closing this Desert Classic campaign out.

What a line by @PhilMickelson.

So, who else is in contention?

Adam Long is three strokes back, after smashing a 9-under-par 63 on moving day. It appears highly unlikely that he will be able to repeat those heroics on Sunday. Steve Marino is four strokes back.

Among the leading group, his was the least compelling third round, where he carded a 5-under-par 67.