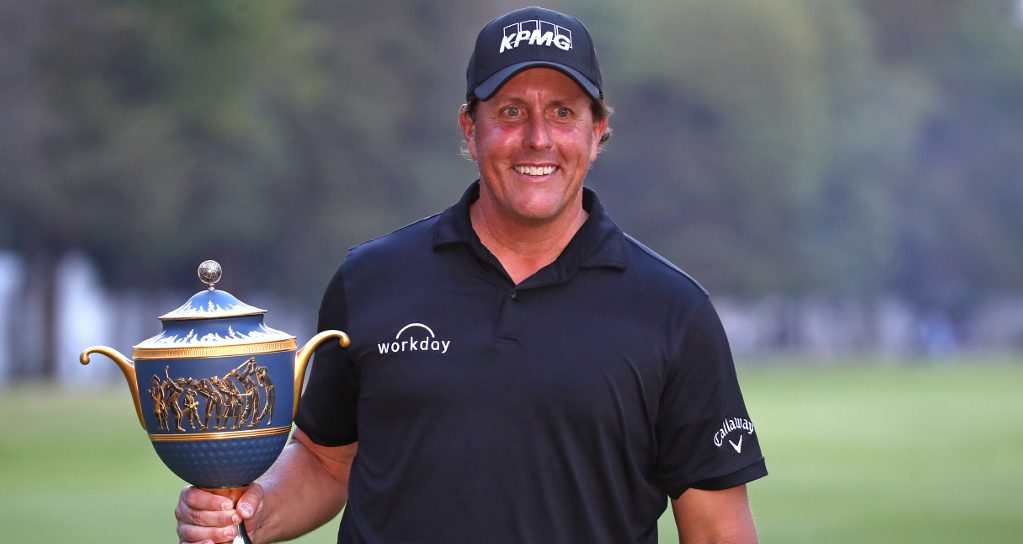 Phil Mickelson ended a five-year run without a title on Sunday with a playoff victory over Justin Thomas in the WGC – Mexico Championship.

Mickelson had to work hard to end a dry spell that had lasted 101 tournament starts and 1,700 days, overcoming an outrageous eagle from Thomas on the final hole that gave him a two-shot clubhouse lead.

The 47-year old left-hander wasn’t fazed though, shooting a five-under 66 before sealing victory on the first playoff hole. Mickelson two-putted from 18 feet for par on the par-3 17th hole at Chapultepec Golf Club, while Thomas missed his par putt from 10 feet.

The win was the 43rd of his PGA Tour career, but the first since 2013 and The Open Championship at Muirfield.

💪Clutch birdies.
🌳Hitting out of trees.
👍Beating the No. 1 player in the #FedExCup in a playoff.

“I can’t put into words how much this means to me,” Mickelson said. “I knew it was going to be soon — I’ve been playing too well for it not to be. But you just never know until it happens.”

Thomas was looking for a second successive win after his playoff victory at last week’s Honda Classic, and he had threatened to pull it off when he holed his iron shot to the 18th from 119 yards to finish with a 64 and the overall lead at 16-under par.

Mickelson though, kept his cool and responded with birdies on the par-5 15th and the 16th to draw level with Thomas.

"To have the belief that I was going to get there and finally break through and do it feels incredible. I believe that more is to come."

The drought is over and Phil is as confident as ever. pic.twitter.com/nsCR9lS4DR

Tyrrell Hatton, playing in the final group with Mickelson and overnight leader Shubhankar Sharma, matched ‘Lefty’ stride for stride. The Brit was in contention until a bogey on the final hole saw him miss out on the playoff by a single stroke.

Hatton finished tied with Spain’s Rafa Cabrera Bello (67) at 15 under.

Sharma, the 21-year-old from India who started the final day with a two-shot lead, didn’t make his first birdie until the 12th hole, and fell away with four bogeys in his final four holes to finish six shots behind the leaders in a tie for ninth position.